British Engineer is the Father of Cecilia Cheung’s Baby? 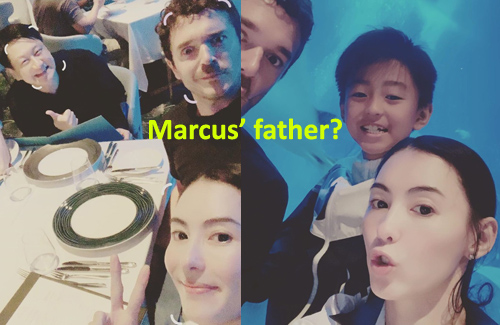 In November 2018, Cecilia Cheung (張栢芝) suddenly announced the birth of her third child, Marcus Cheung. The baby, whom Cecilia affectionately nicknamed Little Prince, was given Cecilia’s last name. The mysterious identify of the child’s father has roused the public’s curiosity. Despite the media’s persistent inquiries, investigations, and speculations, the baby’s father has still not been identified.

The most recent news claim that Marcus appears to be of mixed ancestry, leading to allegations that the baby’s father is a British man named Leo. Netizens quickly scavenged through Cecilia’s old posts for potential proof of this claim and successfully found some photos of Cecilia with a man suspected to be Leo. According to sources, Leo is an engineer currently working in Singapore and also teaching English. The duo met because Leo was teaching Cecilia English.

Rumors about their relationship were further fueled when Cecilia went to Singapore recently. In one of her videos, netizens noted that in addition to Lucas, Quintus, her manager, and good friend David Li (李浩林), Leo was also present during the trip. The video, which Cecilia shared on her Instagram, was accompanied by a short statement, “Nice restaurant. Everyone here are old friends whom I have known for a long time. I hope our friendships are everlasting. I highly recommend this restaurant and its amazing food!”

2 comments to British Engineer is the Father of Cecilia Cheung’s Baby?