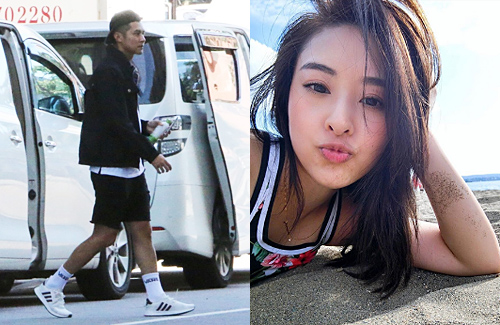 After an unsuccessful bout in the filming industry, Carlos Chan (陳家樂) found success after taking part in the time-travel TVB drama, Daddy Cool <逆缘>. This newfound popularity opened up more revenue-earning channels for Carlos, who received a second chance at making it big in the filming industry. In addition to filming alongside Andy Lau (劉德華) in The White Storm 2 <掃毒 2>, Carlos also secured a role opposite Kara Wai (惠英紅) in horror film, Binding Souls (綁靈).

Due to his healthy image and boyish charm, Carlos has earned a good female fan base. Because of his newfound success, the 32-year-old actor hopes to keep his personal life low-profile so as not to interfere with the progress of his career. Despite incessant rumors of his relationship with fellow actress Jeannie Chan (陳瀅), the duo continue to deny their “double Chan” romance.

Carlos and Jeannie’s dating rumors began when the couple collaborated in TVB miniseries, ICAC investigators <廉政行動2019>. Speculation of their relationship was furthered fueled when they were spotted vacationing in Japan. Carlos and Jeannie stressed that they were just good friends. Jeannie took it one step further and emphasized that Carlos was not her cup of tea.

Their insistent denial, however, may prove to be a front after all, as Carlos was recently spotted leaving Jeannie’s home. It is rumored that they’re living together. Perhaps hoping to continue keeping their relationship under wraps, Carlos instead expressed that he was only visiting a friend who lives nearby.