Cathy Chui was Born to Be a Socialite 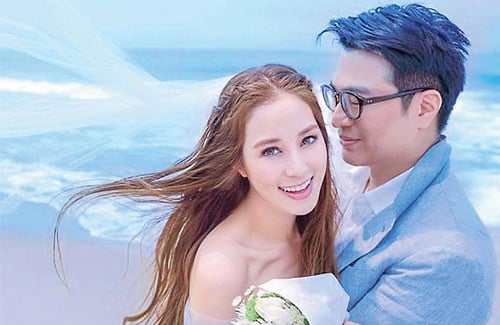 Cathy Chui (徐子淇) was not born a socialite, but her middle class parents made sure she was well taken care of and successful. Born in Hong Kong, Cathy’s parents saved enough money to send Cathy to the University College London to major in Eastern European studies and economies. Upon her return to Hong Kong, she became a model and was later scouted by director Gordon Chan (陳嘉上) to take part in his film.

Her mother cultivated her to be successful. With her good looks and educated background, Cathy captured the hearts of many rich businessman and 2G heirs, and finally won the heart of Martin Lee (李家誠), the younger son of real estate tycoon Lee Shau-kee (李兆基), in 2006. She was only 24, and Martin was 37.

Eight months after their marriage, Cathy gave birth their first child, daughter Leanne. In 2009, less than two years after Leanne’s birth, Cathy and Martin welcomed their second daughter Hayley. In 2011, their first son Triston was born. In 2015, their fourth child, son Preston, was born in October.

Within an eight year time span, Cathy gave birth to four Lee children. To outsiders, it appeared as if Cathy wanted to secure her position within the Lee household by having more children. But when Martin’s older brother Peter Lee (李家傑), who had been single, surprised his father with three sons, it appeared as if Martin and Cathy’s position in the family was being threatened.

Last week, Lee Shau-kee anounced that he is retiring and stepped down as chairman of Henderson Land Development. His two sons will split over the responsibilities of his business

22 comments to Cathy Chui was Born to Be a Socialite