Caught in the middle of protests in Mongkok, Hong Kong TVB actress Celine Ma (馬蹄露) was brutally attacked on October 6. Multiple blows landed on her chin and the back of her head until she was left bleeding on the ground. After being sent to the hospital, Celine received 11 stitches for the injuries. 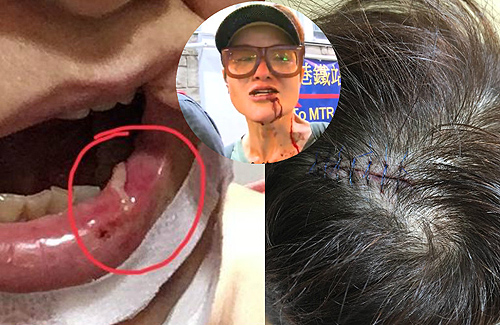 Intending to meet a friend for dinner, Celine first made a stop in Mongkok to return a clothing item she bought previously. While there, she saw someone vandalize the ATM machine and started filming the act. Angered in being caught on camera, the attacker grabbed her phone and started hitting Celine.

An insider familiar with the attack revealed the details, “He a tennis racket and hit her head with the handle and then punched her chin several times. A man dressed in black saw what was happening and yelled for the attacker to stop. A woman and a foreign reporter also came over to assist and call the police. Celine lost a lot of blood and she felt really faint afterwards. After the stitches, they advised her to stay at the hospital until her situation was stable. The police escorted us out in their car. Celine is now at a safe place, but I can’t reveal where she is though!”

Receiving seven stitches on her head, two on her chin, and two on her lip, Celine was bleeding heavily when she arrived the hospital. Staying with her was her good friend, Mandy Yan (嚴淑明), who posted on social media to let everyone know that Celine’s situation is under watch, “A sleepless night. Holding on tight to Celine’s hand. Proud of you. #JusticeWillNotBeAbsent #CelineMaIsARealHero”

Since Celine had vocally supported the Hong Kong police during the last four months of protests, the foreign reporter who helped her during the attack clarified that his assistance was not due to any political motivations. He didn’t know Celine previously and only realized that she is an actress afterward.

Actor Gregory Wong (王宗堯), who was arrested earlier for his involvement in the Hong Kong protests and is now facing official charges, urges other artistes to be more careful about their own safety. Commenting on Celine’s injuries, Gregory said, “It’s best to be more careful! Everyone has freedom of speech and their own political views. Even I won’t intentionally walk into other camps to directly provoke other people.” 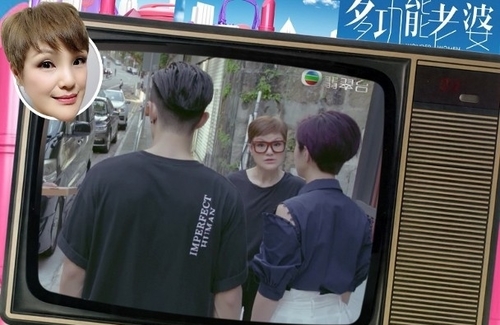 Celine Ma was removed from the drama to avoid backlash from the public. 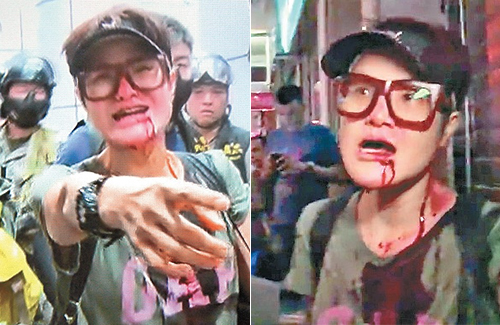 Celine Ma gets attacked by protestors rioting in Mongkok.