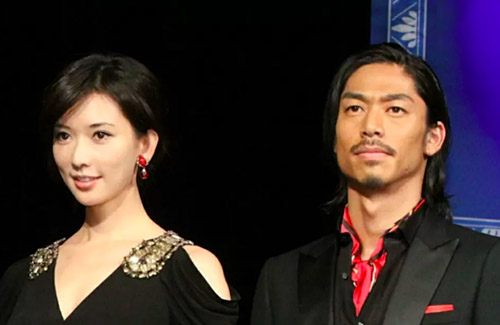 Akira, who is seven years Chiling’s junior, wed in June in a surprise wedding. Married for almost three months, both have yet to make a public appearance together. Thus, the couple’s inclusion on a Weibo post announcing the celebrity lineup for the upcoming mid-autumn festival gala, which will mark their first appearance with the station which Chiling has long collaborated with, attracted much attention. While Chiling’s production studio did not reveal details, their response that “Things will go according to the official announcement” indirectly admitted the invitation.

Eager to Help Open Up the Mainland Market for Akira

Enjoying great popularity in China, Chiling intended to introduce Akira to Chinese fans. The Japanese artist can speak in fluent Mandarin, which he flaunted in an online post celebrating his 38th birthday earlier.

However, there was sudden news of netizens opposing the scheduled appearance due to Akira’s Japanese identity. Chiling marrying Japanese-born Akira was not well-received and their scheduled appearance on mid-autumn gala, a prominent show in China, drew even more negative reactions. Netizens who object to their appearance on the program have allegedly left comments such as “Remember history; never forget our national humiliation; oppose a Japanese from participating in mid-autumn festival gala,” prompting the authorities’ concerns and reportedly causing Chiling and her husband’s names to be dropped from the performers’ list.

Following the incident, Akira recently wrote on his social platform that there would be a major announcement coming in early September and asked fans to stay tuned. The timing of the announcement, three months post-marriage, led many netizens to guess that the “big event” would be related to the couple’s successful baby-making plans, since Chiling has always been open about her intentions to become a mother.

However, some sharp netizens spotted a clothing brand name in the message, speculating that the announcement would be related to a clothing sponsorship deal.