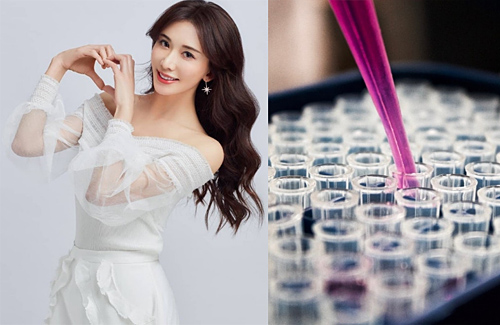 After her flash marriage to J-pop artist Akira in June, Chiling Lin‘s (林志玲) pregnancy plans have taken center stage and is the primary focus of the Taiwanese media. Currently 44 year old, the Taiwanese supermodel had stated her desire to have children. Recently, she was photographed visiting a fertility clinic and was reported to be planning for in-vitro fertilization.

Though often choosing not to respond to floating rumors, the invasion of privacy tipped her EQ and Chiling broke her silence on the matter.

On August 20, Chiling posted an extensive statement on her social media, reprimanding the press for illegally stalking a person and publishing someone’s personal matters. The post, which seemed to have been issued by her legal counsel, reserved the right to pursue legal action against the media outlet. The post further stated that “Ms. Chiling Lin is a public figure and has faced immense pressure due to enduring the media’s relentless pursuit and allegations. Although Ms. Chiling Lin and her work partners have chosen to stay silent and put up with media pursuit in the past, it does not mean the media should be allowed to continue its harassment of Ms. Chiling Lin.”

The post ended with a stern directive to cease any further harmful actions to the 44-year-old model. Many fans were quick to respond to the post, showing their support and leaving encouraging messages.