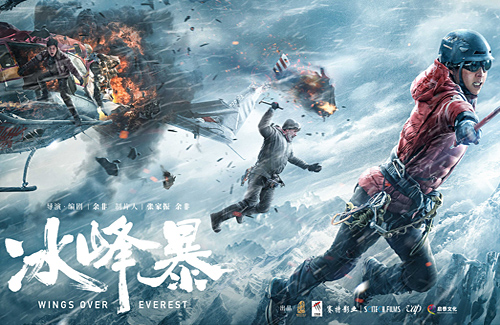 “Wings Over Everest” explores themes of human evil, justice and the limits of human endurance in a high-altitude setting.

Directed by Fay Yu (餘非) and produced by Terence Chang (張家振), the movie Wings Over Everest <冰峰暴> starring Zhang Jingchu (張靜初), Kōji Hashimoto and Lin Bohong (林柏宏) will open in theaters on November 29. Starting on the premise of stolen classified military documents which ended up in the “death zone”, the latest trailer hooked viewers with adrenaline-pumping, fierce fighting scenes on the icebergs, while core protagonists “Team Wings” impressed with their display of courage despite mortal fear.

Fight Until the End: Good vs. Evil Amid Challenging Terrains 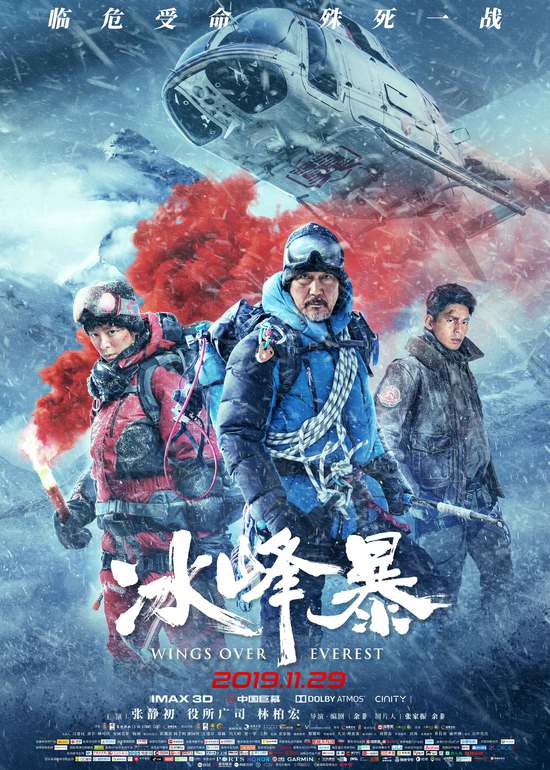 The latest movie poster reveals how Team Wings were at the mercy of nature on fear-inducing mountainous terrains, along with a sense of fatal desperation. Traces of ice on the team’s physical equipment highlighted the limits of human endurance towards the suffocating cold, while burning flames amid a fallen helicopter on snowy peaks reflect not only nature’s fury, but is also a metaphor for their danger-fraught fight for justice. As the team faced both nature’s challenges and deadly attacks by their scheming enemies, doubts loomed over their survival.

Presenting intense scenes in a short one-minute trailer, tightly paced footage such as soaring between cliffs to escape risky snow-capped regions kept viewers on edge while hinting at emotionally intense scenes which paralleled the stormy terrains.

Besides a suspenseful plot inspired by real-world themes, where onscreen terrorists masqueraded as military special forces to declare war on peaceful borders, the trailer also revealed the film’s ambition of evoking the dark side of human nature by weaving in violence and moral depravity.

Amid the imploded crisis, members of Team Wings fought back fiercely by taking on the terrorists while armed only with ice axes. At the end of the trailer, Zhang Jingchu’s heroine character resolutely utters, “I will not leave anyone behind,” revealing the steely resolve beneath her calm facade.