Chow Yun-fat Takes a Break from Acting: “I Want to Have Fun” 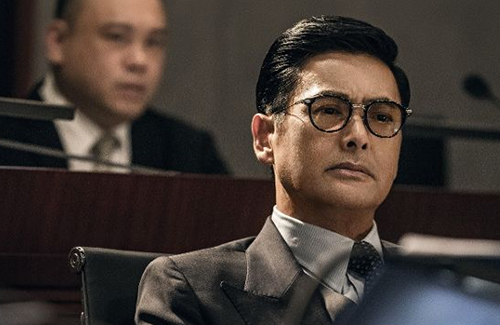 Legendary Hong Kong actor Chow Yun-fat (周潤發) has announced that he will be taking a hiatus from acting this year. He announced to the Hong Kong media that he won’t be accepting any more film offers for the remainder of the year, adding that he plans to take a long winter break to “have fun.”

Chow Yun-fat returned to the Hong Kong film industry in 2013 after spending the last three decades years doing films for Mainland China and Hollywood. His HK comeback was the 2014 comedy film From Vegas to Macau (賭城風雲), produced by Wong Jing (王晶).

The 61-year-old’s comeback was a huge success, and From Vegas to Macau spawned two more sequels. Chow Yun-fat’s impact never stopped, and his latest film, the crime thriller Cold War 2 <寒戰II>, broke Hong Kong box office records when it was released in the region two weeks ago. The movie, a continuation of the 2012 blockbuster hit, broke Stephen Chow’s (周星馳) Kung Fu Hustle <功夫> record as the highest-grossing Hong Kong film in a single day.

But despite all his recent box office success, the legendary actor has announced that it’s time for him to slow down. He told the Hong Kong media, “It’s not because I don’t want to do it. I was offered many scripts, and if I really like them, I’ll be ready to film next year—that is if [the studios] still want me for the roles! I’m not saying that I’m quitting. It’s just that I want to meet my standards this year. I want to be healthier. I’ve trained very hard for the summer and I think I need to stop and have some fun in the winter. I want to spend the remaining months traveling around Hong Kong!”

Chow Yun-fat enjoys a modest lifestyle, but due to his busy filming schedules, he’s never had the time to settle down to take a relaxing trip around his home, Hong Kong. He added, “Hong Kong actually looks very beautiful during the fall and winter times! It’s probably not as pretty as Japan’s red leaves, but Hong Kong’s orange leaves are great too. We can enjoy this scenery without having to travel on a plane. It’s just one car ride away. Hong Kong’s country parks are all within the city. The car ride won’t even last 45 minutes. It’s probably as close as being next to your house. So convenient! I cherish the cold seasons here. That’s why I wouldn’t want to go anywhere. I want to stay in Hong Kong!”

The Cold War 2 stressed again that health is everything and that he must take the hiatus to gain back what he has used up.

“If you borrow something, you must return it. That’s why we have to be very careful with our health. I exercise everyday—it’s not much, just walk for half an hour, jog for half an hour. Do some muscle training. I don’t want to walk with crutches in the future!”

4 comments to Chow Yun-fat Takes a Break from Acting: “I Want to Have Fun”