Christy Chung’s (鍾麗緹) 23-year-old daughter, Yasmine Ross (張敏鈞), is following in her mother’s footsteps by making a name for herself through a beauty pageant. At the Miss Chinese Vancouver 2021 pageant,  Yasmine won 1st runner-up.

Yasmine performed well in the question and answer, talent, and swimsuit segments of the show. Sponsored by Fairchild TV, the pageant is not aired live and will be broadcast on December 12.

Christy Shares Her Own Experience With Daughter

Christy continuously cheered for her daughter, and shared what she had learned from her own pageantry experience. The most important aspect is to relax and enjoy the journey. Christy told Yasmine that winning or losing is not important, but rather focus on improving oneself.

As she is currently in China, Christy was unable to watch in person, but Yasmine informed her the results right away. Christy said, “I’m really happy! I was surprised–she did really well in the question and answer segment, and was able to showcase her cleverness and humor. She is very talented, and got to show off her guitar skills.”

When asked if she supports Yasmine in joining the entertainment industry, Christy stated that she would support her in whatever she chooses to do. “She likes to sing, dance, and act. She has also studied natural integrated medicine, and wants to work in healthcare. I will always support her–the most important thing is that she is happy.”

Since Yasmine had worked hard to lose weight for the pageant, Christy joked that she can now eat freely again! “She was exercising nonstop, and had lost quite a bit of weight. I told her to go eat pizza and pasta! From my point of view, her health is the most important thing for me.”

Speaking with the press, Yasmine stated that the biggest takeaway from the pageant was a renewed understanding of herself. After the pageant, Yasmine’s relationship with her mother grew even closer. “Our relationship has always been like two sisters. We have many areas of similarities, and now we have one more as pageant winners!”

As she enjoys acting and singing, Yasmine is interested in joining the entertainment industry. Asked if she would think about developing her career in China, Yasmine had not thought about it before, but she is flexible if opportunities arise. 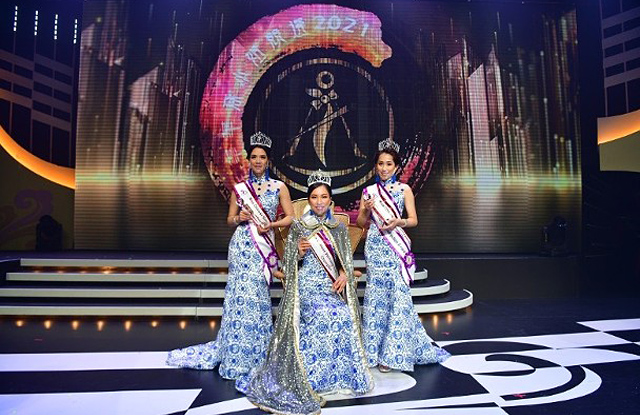