Although 48-year-old actress Christy Chung (鍾麗緹) has three beautiful daughters from two previous marriages, she has declared that she wants to have another baby with current current husband, actor Shawn Zhang (張倫碩). Spotted with a belly bump while out shopping, the couple may have good news to announce soon!

In 2015, the couple fell in love while filming Chinese reality show Perhaps Love <如果愛>. In 2016, Christy married Shawn, who is 12 years younger than her. Despite the age gap, the couple gets along very well and Shawn has always been a good stepfather to Christy’s daughters.

Head-over-heels in love, the couple even declared they want to have a baby together. It was reported that Christy flew to the United States to get in-vitro fertilization, but missed out on the opportunity to get pregnant at the time due to filming obligations.

Recent photos of Christy surfaced, in which she was wearing a tight tracksuit while out shopping with her mother-in-law. Seen playing on her cell phone, Christy’s obvious belly bulge seemed to indicate that she is at least in her first trimester. 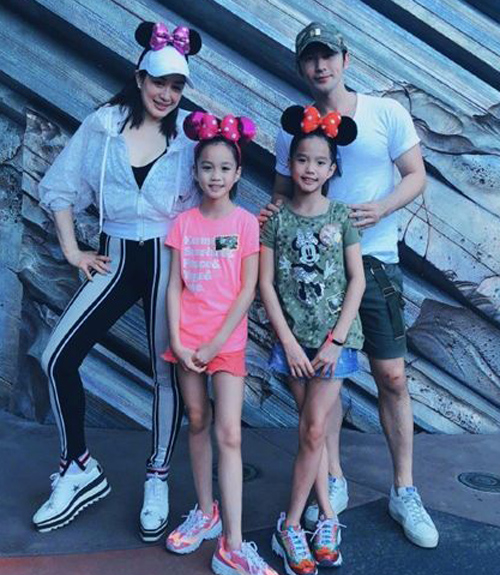