Entering her fifth year in the entertainment industry, Crystal Fung (馮盈盈) is no stranger to gossip headlines. She is often criticized for her bold statements and raw acting in dramas, but that did not stop her from progressing. Acting is her life-long career choice, so she has been working hard to change her image to be more mature.

Extends TVB Contract by Another 10 Years

Unlike other Miss Hong Kongs, Louisa Mak (麥明詩) and Tracy Chu (朱千雪), who moved onto careers outside the entertainment industry, Crystal wants to be an actress for the rest of her life. Extending her contract with TVB for another 10 years, Crystal knows that she needs to grow up and be more mature. 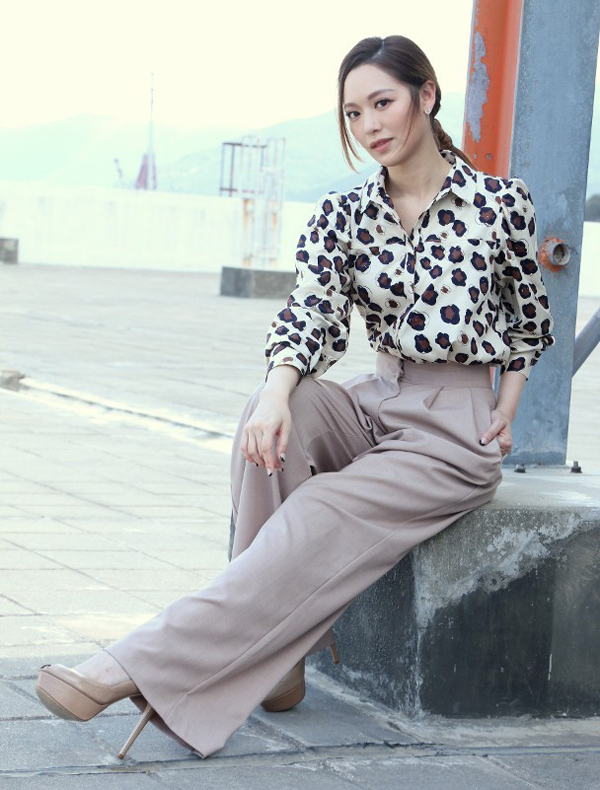 Admitting she needs to rein in her impulsive side, Crystal said, “I used to be naturally high, so I would say things that may be inappropriate. I don’t intentionally try give people hard feelings, but I know I give the impression that I don’t think before I act. Now that I am older, I don’t want people to think I am immature, so I will improve to change people’s others impression of me.”

When asked about how negative rumors have impacted her, Crystal replied, “I don’t get upset. Instead, I’m grateful that people are noticing me. I have to maintain this mentality and remind myself that no news is bad news. When my family became so worried about me that they asked if I wanted to move back home, I realized that I had to do better.”

With many variety shows on hand, Crystal is definitely growing her career in the right direction. From hosting Young and Restless <#後生仔傾吓偈> to Have a Big Laugh <開心大綜藝>, she is gaining a lot of experience in variety shows. “When we were rehearsing for Have a Big Laugh, Luk Ho Ming (陸浩明) and I gave feedback to others when watching the playback. Though we are all similar in age, I already feel like a senior. I am growing up so fast.”

She hopes to have a representative drama/ variety show where people will think highly of her. Though her impulsive character in Sinister Beings <逆天奇案> in unlikeable, Crystal draws the line at becoming a third wheel in a relationship in real life.

Dating Will Have to Wait

Turning 27 in June, Crystal is focusing solely on her career and does not want to date for now. “I think strong independent women can live happily on their own. Asides from relationships, there are also a lot of important things in life.”

She has been pushing herself to the max in hopes of more rapid improvement. While preparing for the variety show Dub Of War <好聲好戲>, she worked so hard that her menstruation system was affected.

To help with her acting performances, Crystal has been taking speech and psychology classes. “I have to hand in 10 papers by June so I can graduate, but I have only done a few. I don’t have my youthfulness anymore–it’s so hard to be a student again even though I didn’t graduate too long ago. I don’t plan on getting any licenses, but I just want to finish the program.”