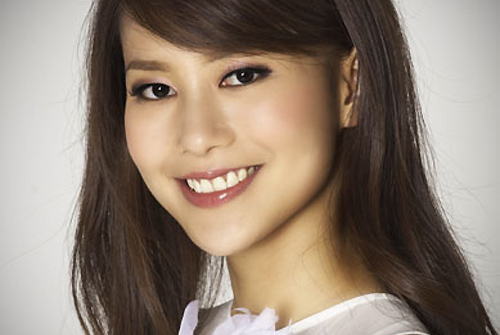 While competing in the 2010 Miss Hong Kong Pageant, Crystal was a not a favorite choice for the crown since she was an overseas candidate. Although she did not make it to the top three finalists, Crystal won the Miss Photogenic Award in the pageant. Due to her eloquence, Crystal was assigned to host several variety programs, Dolce Vita <港生活•港享受>, Book of Words Series <正識第一之學貫中西>, Master So Food <食得峰騷> and Big Fun SE Asia <千奇百趣東南亞> after the pageant.

Born in Great Britain, Crystal is well-versed in 5 languages: English, Chinese, Cantonese, French and German. Twenty-six-year-old Crystal loves watching Hong Kong dramas, and has been learning Chinese and Cantonese when she was young. After entering into University College London, Christine specialized in foreign languages and can speak French and German.

Unlike her costar, Christine Kuo, who became more prominent after being embroiled in scandals, Crystal, on the hand, gained popularity quickly with her first acting role in Ghetto Justice 2.

After Ghetto Justice 2, Crystal will also work with Myolie again in Triumph in the Skies 2 <衝上雲霄 2>, playing an employee of the aviation authority.

Crystal Hopes to Be a Housewife

Never expecting herself to join the Hong Kong entertainment industry, Crystal initially wished to become a translator. When Crystal was 8 years old, she was fascinated with gymnastics. Seeing that their daughter had an interest in the sport, Crystal’s parents sent her to gymnastics classes. Crystal also represented her school in many gymnastics competitions, and won several medals too.

The athletic Crystal also took an interest in yoga lately. When she does not need to work, she will practice yoga every day. Discussing her favorite activity, Crystal said, “I used to perform regular yoga, but it is not exciting at all. So I switched to hot yoga. I will take a shower after sweating. It feels good! ”

Crystal revealed that she never thought that she would become an actress one day. “Actually, I never thought of becoming an actress. I only wanted to be a normal girl who gets marries and then becomes a housewife after giving birth. However, my mother and friends kept asking me to join the pageant. I was in India at that time, so I just participated. I never expect myself to win an award!”