TVB drama On-Lie Game <迷網> aired its finale on August 14, with Samantha Ko’s (高海寧) character Vincy suffering serious concussions to the head during physical altercations with criminals and falling into a coma. 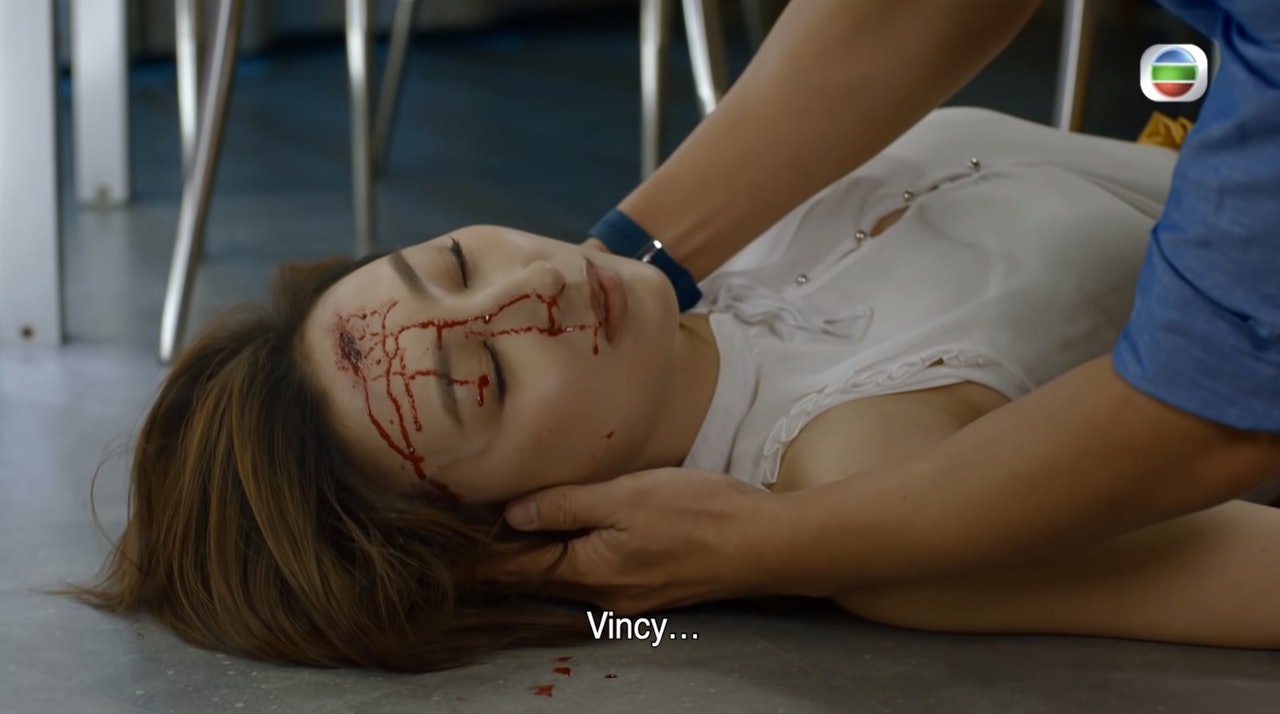 Waking up eventually, Vincy visited her ex-husband who was serving time in jail, and showed up to support tech crime division’s Sunny (played by Mat Yeung 楊明) and Denise (played by Hera Chan 陳曉華) in a victorious basketball match. A mass dance celebration also had her joining her neighbors in the park, while the episode ended with Sunny and Denise representing the tech crime bureau in a televised episode of “Police Report” to warn the public against falling victim to cybercrime. 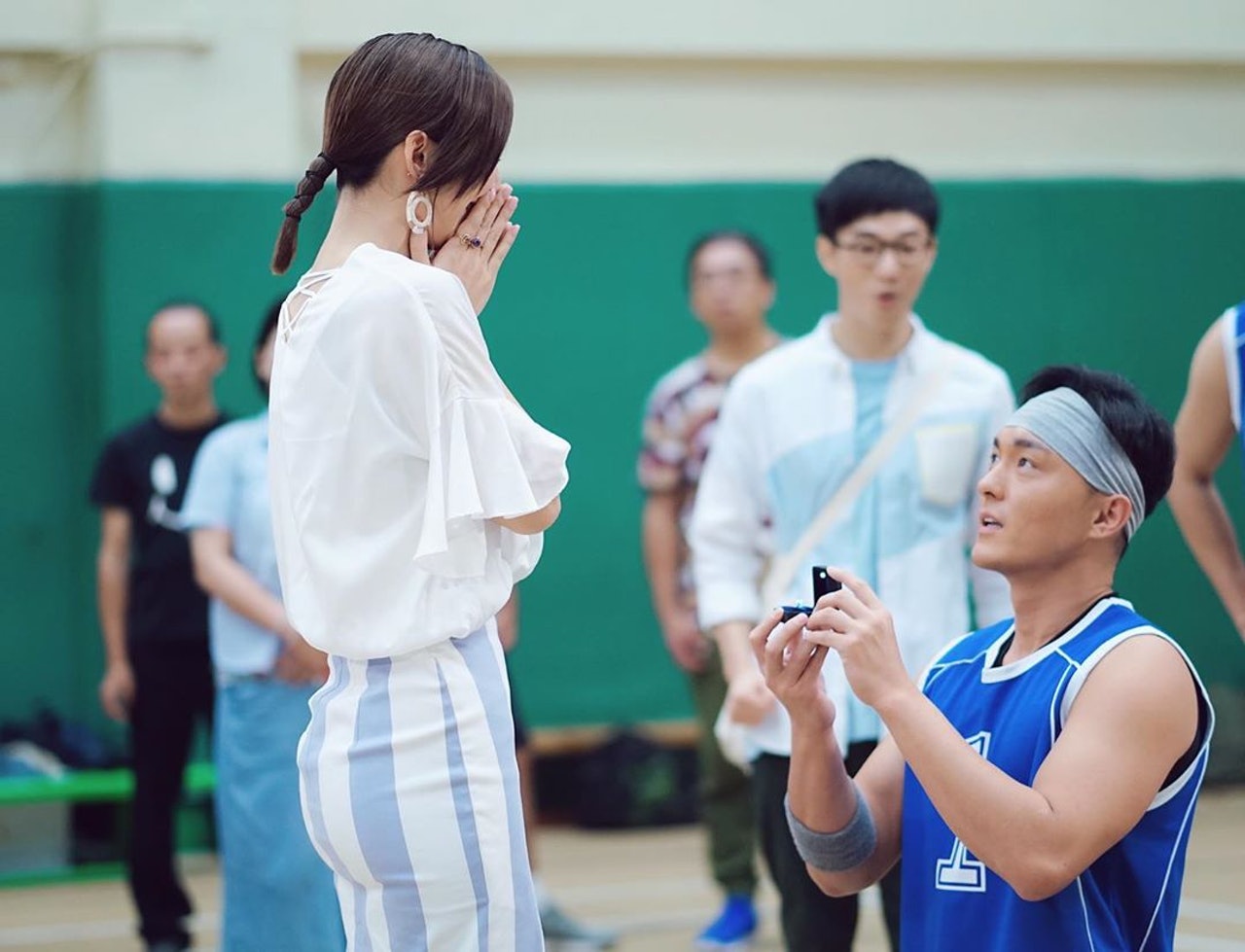 However, it seemed that a proposal scene originally shot for the final episode had been deleted, as Samantha shared several photos on her social media of Sunny proposing while kneeling before Vincy. Samantha wrote, “On-Lie Game’s final episode is perhaps a beginning for Vincy and Sunny.” In the photos, Sunny had proposed to Vincy at the end of the basketball game, and the two leads hugged in a sweet embrace. 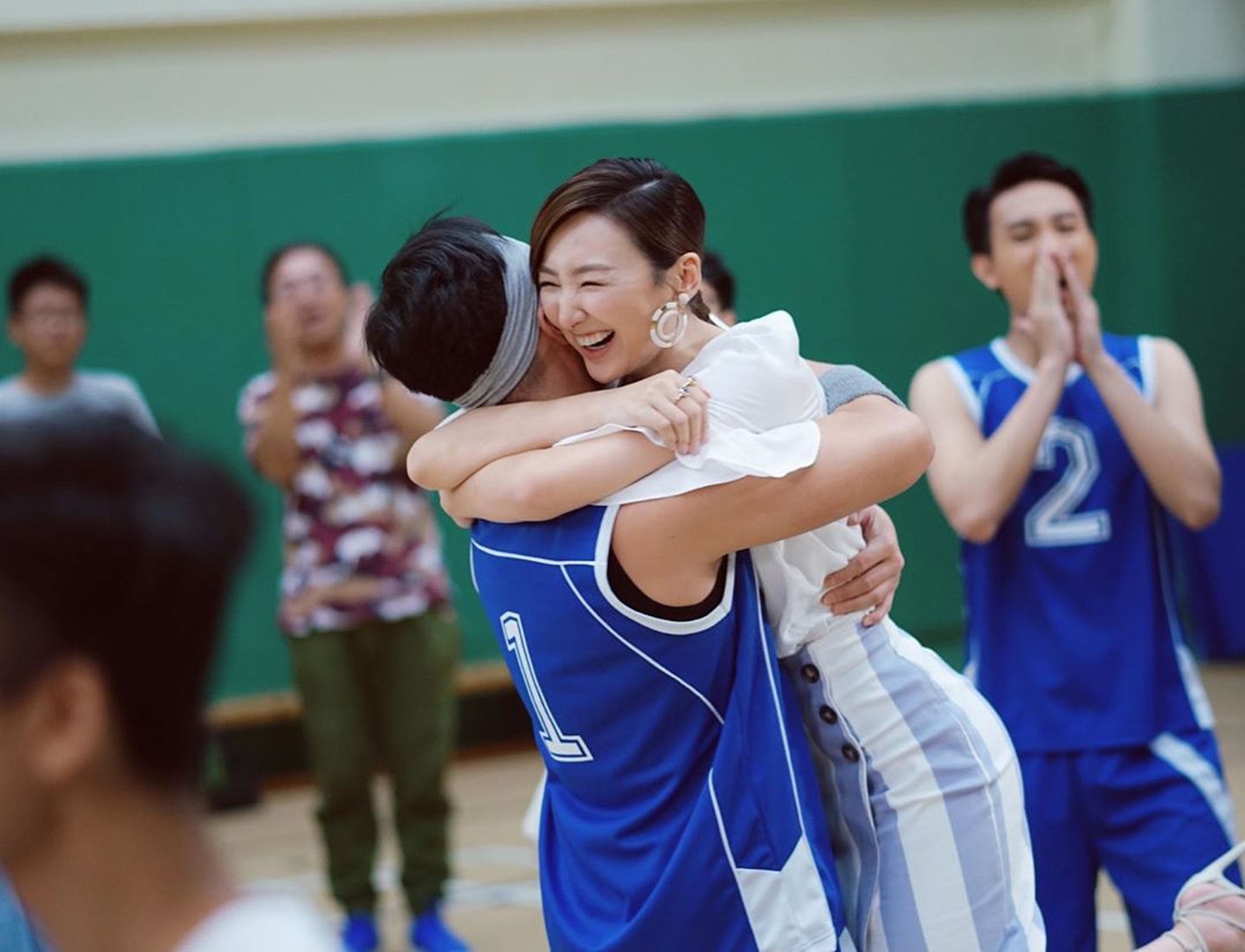