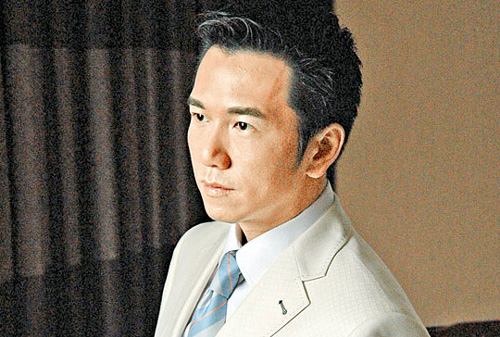 Since breaking up with Sonija Kwok (郭羨妮) in 2004, Deric Wan (溫兆倫) focused his career in mainland China, while keeping a low profile in his love life. Eight years after Deric and Sonija broke up, the pair coincidentally will become parents this year! Yesterday, a netizen revealed that Deric entered his third marriage with mainland actress, Zhao Ting (趙庭); the couple will be expecting their baby’s arrival in August!

Last year, there were rumors that Deric and Zhao Ting had gotten married, although Deric denied such allegations and refused to reveal the identity of “Mrs. Wan.” The press were unable to reach Deric for comment regarding his status as an impending father.

Currently pregnant, Sonija Kwok sent her blessings to former love, Deric. She said, “A happy, happy news! Congratulations! It has been a very long time since we had been in contact.”

Jayne: Congratulations to Deric if the news that he is becoming a father turns out to be true. Perhaps artists are ambitious in chasing after the coveted “dragon” baby!