Dickson Yu is Thankful for a Second Chance in Life 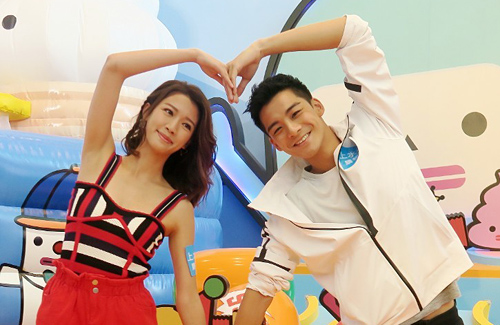 Ever since the travel program Fantastic Myanmar <緬甸奇幻旅程> in which Dickson Yu (余德丞) and Sisley Choi (蔡思貝) spent two weeks together overseas, there have been rumors circulating that the two were dating. However after being in a coma last year, Dickson is just thankful for his health and wants to focus on his career instead of his love life.

During an interview, Dickson was asked how he became such good friends with Sisley. From the travel program, he realized how direct they both were and would often give each other advice. However, he said that they are just good friends.

Last year in August, Dickson went into a coma after fainting on a soccer field in which he was immediately sent to the ICU. After 46 hours of battling for his life, he survived. Before his coma, he was actually in the middle of filming The Defected <鐵探> and there were still four to five scenes that he didn’t finish yet. He shared, “I believe everything happened for a reason. I couldn’t feel anything or remember anything even after the medicine passed.”

After his recovery, he realized how important his health was and his responsibility towards his family. Though he has returned back to work, Dickson said, “I used to overwork like crazy, but now I know how to prioritize. My work requires long hours, so I need to take it easy. At the moment, I don’t have any dramas to film so the company is organizing variety shows for me in the meantime.”