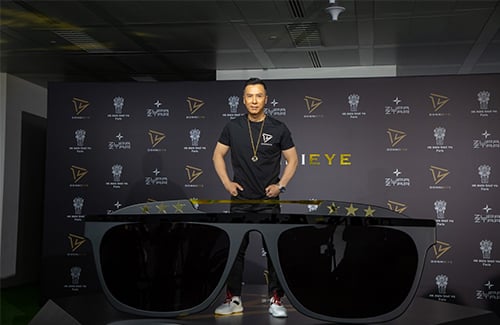 At the press conference for his eyewear brand DonniEYE, Donnie Yen (甄子丹) told the press that he was shocked about the sudden announcement for the release date of Iceman: Time Traveller <冰封俠：時空行者>, which will start playing in Chinese theaters on November 2, 2018.

Iceman: Time Traveller is the sequel to Iceman <冰封俠：重生之門>, which was released in 2014 to decent box office success. Donnie said, “The announcement came so suddenly. You’re going to have to ask the Hong Kong investors. I had no idea they were going to do it now.” 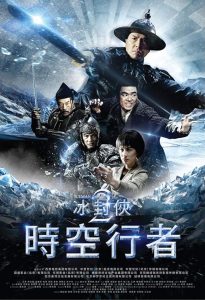 Donnie then shared that his new self-produced film, which will be a remake of the 1978 Hong Kong film Enter the Fat Dragon <肥龍過江>, will be holding a press conference soon. He said, “As a producer, you’ll have the chance to control certain production aspects of a film. You’ll get to watch the entire film throughout production.”

In regard to his upcoming eyewear brand DonniEYE, the actor said, “It’s a happy day. I am not particularly nervous. It’s kind of like making a new movie – there’s no reason to be nervous, just be happy. I get to combine my beliefs and values into fashion, making more products for consumers to choose.”

On his reason behind starting his own brand of sunglasses, Donnie said, “I’ve always had the habit of collecting different sunglasses. They are also pieces that can help give you your own statement.”

Besides creating his own designs, Donnie also hired well-known designers from all over the world to help him with his brand. “They’re amazing. They’ve helped stars like Lady Gaga and Beyonce. I’ve also used this opportunity to learn from them.”

Donnie wouldn’t share how many figures he had invested on his brand, expressing that only quality matters in the end.