Elaine Ng Grew Up Without a Father Like Her Daughter 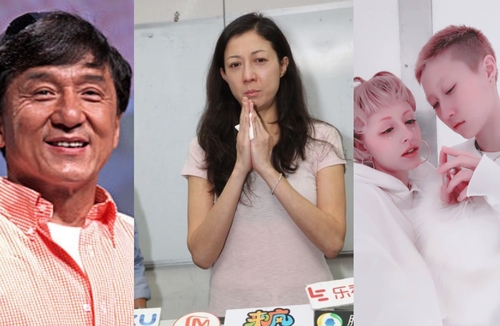 Following Elaine Ng (吳綺莉) and Jackie Chan’s (成龍) 19-year-old daughter Etta Ng’s (吳卓林) marriage announcement, Jackie announced the English version of his biography, Never Grow Up, will be released on December 4. In the book, he admitted to his affair with Elaine but failed to acknowledge Etta as his daughter despite the public’s knowledge. Last night, the mother wrote a heartfelt message on social media and compared her daughter’s ill fate to hers.

She wrote, “Since I was sensible, I grew accustomed to people’s laughs and did not have any feelings. The elders laughed at my mother, ‘you and your husband have divorced yet you need to take care of a child that looks exactly like your husband, you are so miserable.’ My dad’s surname is Ng, was I wrong? Since I was young, I have heard all the ugly words. When I was 10 or so, I became numb to what people said.”

After sharing that she grew up without a father, Elaine’s friends and netizens commented on her post to show support and asked her not to mind the gossip. She responded to the positive response by saying Etta is her only priority, and she will not be impacted by other small stuff.

“I didn’t expect my daughter’s personality to be different from mine,” Elaine wrote. “Now my biggest job is to make my daughter feel good, other things are not important, thank God, I’m thankful every day.”

Although she previously did not want to talk about Etta’s marriage to her girlfriend, Internet personality Andi Autumn, the mother still sent her blessings. Now that her daughter has returned to Hong Kong, and Elaine has also seen her, her friends and netizens believe Etta will definitely feel her love.