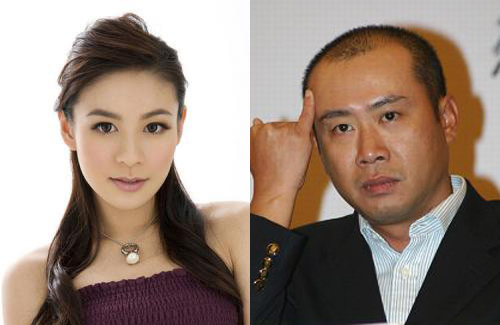 Although Elanne Kong (江若琳) was once romantically linked with her boss, Daneil Lam (林小明), their work relationship has turned sour recently. Elanne cried that Universe International did not pay her a fair salary in the last ten years, and only survived on her family’s financial support. Daneil shrugged off Elanne’s claims and said, “There’s no need to act pitiful!”

Elanne’s ten-year fixed contract with Universe will be expiring on May 4. Daneil claims that Elanne accepted $500,000 HKD last year as a deposit to add five more years to her contract. Disgruntled with her salary and hoping to end her contract early, Elanne has sent a legal letter to Universe.

At Johnnie To’s (杜琪峰) birthday party, Daneil denied Elanne’s claims that she had paid for makeup, hair-styling, and transportation costs out of her own pocket. Daneil said, “If they are work-related costs, the company would definitely pay for them! Maybe someone is greedy and wants more money?”

Crossing off suggestions that Elanne is in a dire financial situation, Daneil said, “She has a car and a house; how is it possible that she doesn’t have money? Can someone spend more than they earn?” If Universe had treated Elanne so poorly over the years, Daneil believed that Elanne would have quit already.

Daneil will follow up with legal action if Elanne does not comply with work obligations while her management contract is still active. “Since she signed the contract, she has to respect the terms.”  However, Universe has been unsuccessful in contacting Elanne directly.