Elvina Kong (江欣燕) returns to television for the drama Brutally Young (十八年後的終極告白) to play a motherly role for Mandy Wong’s (黃智雯) character. While Elvina’s character appears to have a successful career and a happy family, it is later revealed that her onscreen husband is involved with another women. Off screen, Elvina’s love life is equally bumpy but in the aftermath of a divorce, she chose to be strong in order to find herself again.

Soon after Elvina ended her five-year relationship with Dicky Chung (張衛健), she met businessman Jackson Ng (吳積遜) and they were together for a total of 22 years. After their marriage, the couple often showed off their loving relationship as Elvina slowly took a backseat in her career. However, in 2012, Elvina’s marriage took a turn for the worse and the two filed for divorce. The reason for the divorce was reportedly due to Jackson’s infidelity and his high alcohol consumption.

Rediscovering Herself After Divorce

Elvina admitted that her unhappy marriage had driven her to depression. As Elvina was lost with her emotions, she coped with her marital problems by drinking and splurging on materialistic items. Elvina eventually made up her mind to separate from her ex-husband and spent a long time getting out of the lowest point in her life.

Looking back at the past, Elvina shared that she gained a lot from the marriage and her divorce was not a blemish in her life. While Elvina thought that she lost herself in her marriage, she learned to be tolerant. Now that she is single, she discovers that she can find her own happiness and has more time to focus on herself.

At the age of 52, Elvina is aging well and is living her life on her own terms. While Elvina’s ex-husband has been in a number of relationships after their separation, she remains single as she spends her time with her family and friends. Not letting any negativity affect her, Elvina often responds to questions about her divorce with an open mind. With her experience, she approaches love with patience and understands that having a divorce is not a sign of failure. On the contrary, Elvina learns to be kind to herself and advocates that nothing is more important than pursuing your own happiness. 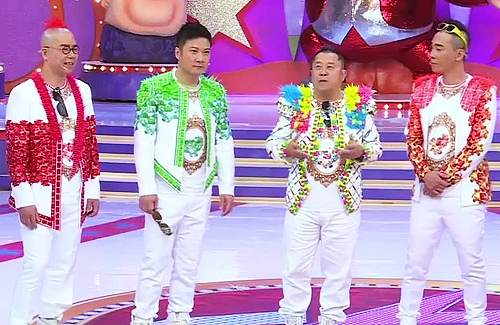