All 66 episodes of Legend of Fuyao <扶摇> have finally finished airing in Hong Kong, and viewers are impressed. The show has received generally positive reviews across online platforms in China, Hong Kong, and Taiwan; and in China, the show reached over 16.8 billion views. It’s yet another success for Yang Mi (杨幂) to add to her resume, maintaining her throne as China’s ratings queen. 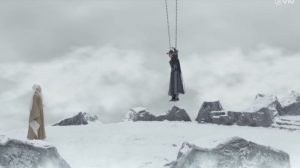 Yang Mi isn’t the only star that’s reaping the successes of Legend of Fuyao. The show had instantly revived Ethan Juan’s (阮經天) career, putting the former idol actor back in business. After the show’s broadcast, Ethan gained over 4 million followers on Weibo and even received a new endorsement offer. The blood, sweat, and tears it took to film the show all became worth it in the end.

If you watched the last four episodes, you’ll know that success definitely didn’t come easy for the Taiwanese actor. In Legend of Fuyao, Ethan plays Zhangsun Wuji, the resourceful yet loyal crown prince of the Tianquan Kingdom. Wuji goes through a psychological war after discovering that he is actually the birth son of his uncle, the very enemy that he has been trying to defeat. Upon realizing that his adoptive father had kept him alive just to witness the day of seeing the fight between birth father and son, Wuji breaks into tears, feeling betrayed and lost. It was a heartbreaking scene to watch. 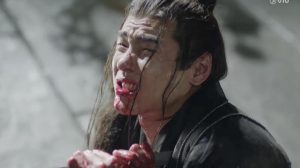 The torture didn’t stop there—darkness soon starts to engulf Fuyao (portrayed by Yang Mi) and Wuji embarks on a lone journey to save her with his own life. Fuyao loses her mind and stabs Wuji twenty times, but Wuji wills himself to take in more, using the power of love to save her.

Fortunately, the couple get their happy ending, and for Ethan, a band of new loyal fans and a fresh new start in his career.