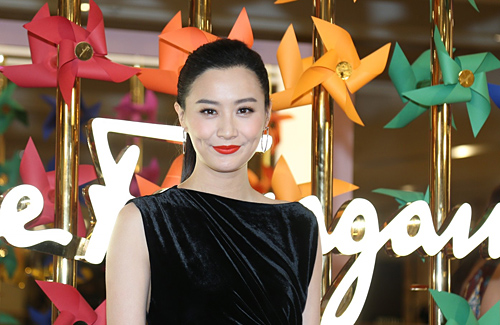 During a pop-up store-opening event, Fala expressed that she will be staying in Hong Kong for awhile. In terms of her recent win at the Sundance Film Festival, Fala shared with the reporters that she never thought she would win this award. During her schooling, she would even hide her projects because she did not have the confidence.

Though Fala has a lot of experience in acting with her background at TVB, directing is definitely a new challenge for her. She felt a little discouraged before because she didn’t know how difficult the process of directing and editing was. However, she wants to continue trying and improving her future works.

Her short film, Passenger, talks about societal problems, which makes it relevant to viewers. With this topic in mind, she wants to continue with this idea in her future works to bring more awareness.

The overachieving actress is apparently not resting on her laurels after her triumph, as she is already writing a new script for a film, which she revealed would be in a foreign language. Fala shared that she would be involved in acting, though not directing the film, as she wanted to focus on giving her role all of her attention and not be distracted by the multiple responsibilities of the director. While she is still making preparations for the project, she hopes to be able to finish the script sometime next year, and would share more details at a later stage. Looking out for potential investors to help finance her film, Fala joked that she would consider applying for a government grant.

As for the rest of this year, Fala mentioned that she would be heading to Inner Mongolia soon to work on a project helmed by a new female director, a project she is very excited about. As temperatures are expected to drop to below 5 degree Celsius over there, she would definitely be bringing many thermal packs along.

This article is written by Hailey and JoyceK for JayneStars.com.