Faye Wong and Nicholas Tse Prioritize Dating Over Own Children 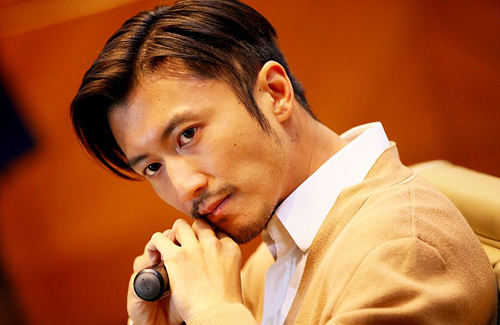 Faye Wong (王菲) and Nicholas Tse (謝霆鋒) are enjoying their sweet reconciliation after an 11-year separation, but at the cost of their own children. It was revealed that both Nicholas and Faye have neglected their children from previous marriages in order to spend time with each other.

After spotted spending consecutive nights at Faye’s Beijing home, Nicholas requested a one-month vacation from EEG. Completely smitten by each other, Nicholas and Faye decided to head off to Tibet for a mini vacation.

Since Faye’s divorce with her husband, Li Yapeng (李亞鵬) last year, she has been actively fighting for her 8-year-old daughter’s custody. However, since Faye rekindled her relationship with Nicholas, Faye has been spending less time with her daughter, and she is reportedly considering dropping the fight for custodial rights.

After their divorce, Yapeng rented an apartment for Faye within close proximity so their daughter can see both parents easily. In the last two months, Faye’s daughter has been staying with Yapeng and often complained about missing her mother.

Since her daughter greatly admires Yapeng, Faye is worried that she may be unable to accept Nicholas as her new boyfriend and have difficulty coping with the new changes.

On the other hand, Yapeng has been praised by netizens lately for being a wonderful father figure. Even with his busy schedule, he was seen personally taking his daughter to school.

Nicholas Has Not Seen Sons for 6 Months

Accused by ex-wife Cecilia Cheung of being an uninvolved father even during their marriage, Nicholas Tse has not visited his sons, Lucas and Quintus, in more than six months. Even on their birthdays, Nicholas was nowhere to be seen.

As Nicholas is still the boys’ father, Cecilia bit down her tongue and personally called Nicholas to visit them in Singapore. Unfortunately, Nicholas backed out on many occasions, and disappointed the boys. Cecilia’s former boss, Tiffany Chan (陳嵐) earlier revealed,  “Nicholas rarely asks to see the boys, so Cecilia felt that this man is no longer worth loving.”

Lucas and Quintus already lacked fatherly love since their parents’ divorce. Now that Nicholas is dating Faye again, the boys may be unable to see their father for a long while.