Filming for Jackie Chan’s “The Foreigner” Mistaken for Terrorist Attack 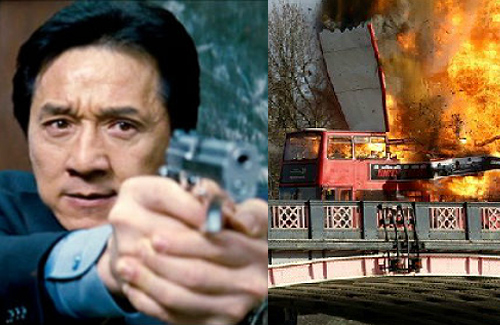 On-location filming for the upcoming action-thriller The Foreigner, starring Jackie Chan (成龙) and Pierce Brosnan, was so realistic that pedestrians were genuinely frightened. The scenes, which were shot in London, featured the explosion of an iconic red London bus on the Lambeth Bridge across the River Thames. The special effects were so realistic that both London residents and tourists who were nearby mistook the scene for a terrorist attack, and broke into mass panic.

An eyewitness described seeing the bridge in flames, while the bus exploded into pieces that scattered all over the river.

In response, the production team explained that prior to filming, they had issued notices to all nearby residents and  put up warning signs and distributed information brochures. The affected residents were, however, not satisfied with the way the situation was handled, and filed a complaint with the relevant city council authorities. Their main argument was that there was a lack of publicity regarding the filming of the scene, and that it had thus stirred up feelings of trauma associated with the 2005 London bombings.