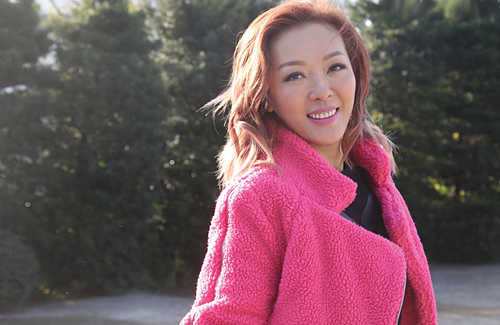 Florence Kwok (郭少芸) has been in the entertainment industry for over 28 years, in which she is known for her iconic roles in A Kindred Spirit <真情> and Come Home Love <愛‧回家>. The 51-yea-old actress continues to impress in currently broadcast drama The Dripping Sauce <大醬園>. Though she is praised for her acting and yearns to win an award, Florence doesn’t have luck by her side.  Furthermore, Florence had suffered deep financial losses when managing a restaurant earlier, which shaped her views about money.

Grateful for the audience’s approval, Florence doesn’t focus too heavily on awards because that is up to chance. She just hopes to have more opportunities to film and try new things. Her life motto is, “There are two sides to a coin, so there is never a definite win. Good and bad come together like gains and losses. We shouldn’t be living life by looking at only its cost, but its value.”

In the early 2000s, Florence briefly stepped away from the industry to focus on her restaurant business. As a first-time entrepreneur, she lost over millions of dollars (HKD). Despite the failed attempt, she learned to cherish success even more. Florence said, “Managing the restaurant was a valuable learning opportunity. If I only looked at the money aspect, then it was indeed a failure. But from a different perspective, this experience allowed me to mature.”

Furthermore, Florence’s experience allowed her to leave a positive impact on the younger employees who had worked at the restaurant. “I remember during summer break, we hired some seasonal workers. As their jobs required them to stand all day, I noticed they kept shifting their legs. I asked if they were tired, and they said that they will always remember that it wasn’t easy to earn their money.” From this experience, Florence is grateful to see that young people are willing to work hard for their money, instead of just spending their parents’ income.

Spends More Time With Her Mother 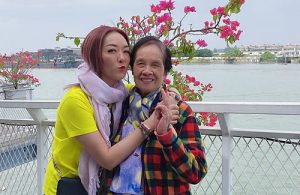 When not busy filming, Florence will spend her free time with her mother. When Mrs. Kwok was younger, she had sacrificed a lot to support the family.

Through Florence’s Instagram, she often posts pictures with her mother in which the two are seen either dressing up or going shopping together. Even when Florence has to work in China, she will sometimes bring her mother along as a short vacation.

Florence believes that the time she spends with her elderly mother is more valuable than any gift she can buy.

6 Actors Who Were In Huge Debt