TVB’s new series, Forensic Heroes 3 <法證先鋒III>, premiered on Monday, October 10th, peaking at 35 points, with approximately 2.24 million viewers tuning in. The average ratings of its first episode was 34 points, which achieved the highest ratings for a series premiere this year to-date! TVB will be holding a celebratory event to celebrate the ideal ratings of Forensic Heroes 3’s premiere  broadcast.

Upon learning of the ideal ratings for Forensic Heroes 3’s initial episode, Wayne Lai (黎耀祥) felt very excited and positive that the ratings will continue to climb, with the possibility that it may achieve average ratings of 37 points! If the series averaged 35 points, he will treat everyone for dinner. Earlier, Wayne indicated that he had 50% confidence in winning the TV King title from his performance in Forensic Heroes 3. Asked whether his current confidence level soared to 90%, Wayne laughed, “No, it’s approximately 80%!”

Forensic Heroes 3’s producer, Mui Siu Ching, was surprised that the initial episode topped this year’s ratings records for a premiere broadcast. She was confident that the premiere would achieve ratings above 30 points, but was surprised that it soared to 35 points. Thanking the audience for their support, Siu Ching Jeh was the producer of the three installments of Forensic Heroes. She indicated that the initial episode of Forensic Heroes 3 had the highest premiere ratings among the three installments, which was a n indication of the audience’s confidence in the series. Compared to the past installments, Forensic Heroes 3 featured the latest technology and equipment, which was another highlight. Siu Ching Jeh also praised Kate Tsui (徐子珊) for filming her action scenes without the use of stunt doubles and displaying her agility.

Earlier, there were rumors that Mui Siu Ching and husband, TVB Producer Lau Ka Ho (劉家豪), had intentions to leave TVB and advance their careers in China. Siu Ching Jeh indicated that she was currently busily filming Lucky Father <當旺爸爸> and will focus on completing the work on hand before considering other matters.

Netizens discussed Forensic Heroes 3 animatedly online, comparing Wayne Lai with Bobby Au Yeung (歐陽震華), who was featured in the first two installments of the same series. Netizens complained that actors holding the tablet PCs in the series was an eyesore. Reading the criticisms, Maggie Cheung (張可頤) posted on her blog, “Using a tablet PC for work, why was there such a big response? After thinking for a long time, I am still perplexed. How is the tablet PC different than hand held devices? This is now the world’s most common thing; is everyone still stuck in the Stone Age? Or searching for series from the 1980s?”

Comparing Ratings for Recently Aired Series in the 9:30 PM Slot:

Jayne: Wayne Lai has the ability to make Hong Kong audiences take notice. Good for him! Perhaps there might even be a chance that he will win TV King three times in a row?! 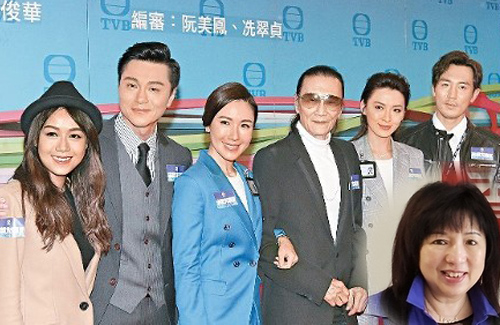 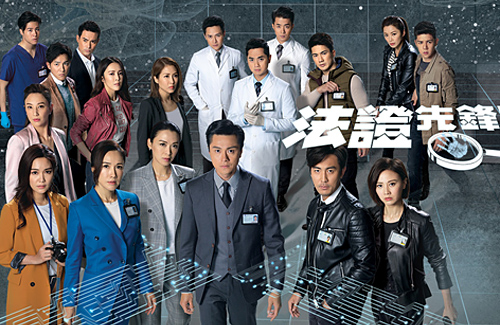 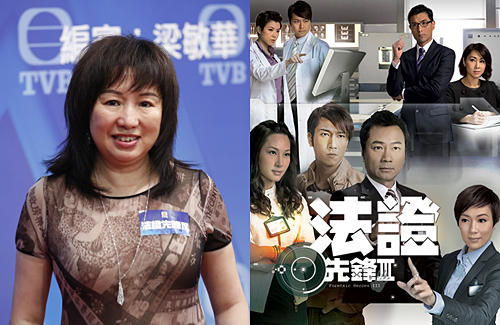