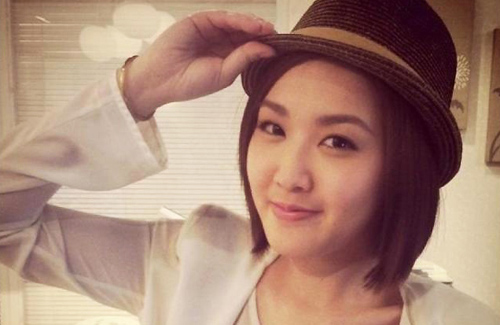 Ghetto Justice 2 <怒火街頭2>, the sequel to the highly successful legal drama Ghetto Justice, is currently airing to rave reviews in Hong Kong. Finishing off in the top five for the highest-rated drama series of 2011, the critically acclaimed Ghetto Justice was known for resurrecting Kevin Cheng (鄭嘉穎) and Sharon Chan’s (陳敏之) careers to stardom.

Ghetto Justice was also known for its daring scenes, including scenes of Kevin Cheng showing his behind and an entire sequence of Sharon Chan’s character chasing after a thief completely naked. Following Ghetto Justice’s daring tradition, similar scenes will also appear in Ghetto Justice 2. In one scene, Kevin Cheng loses his pants as he tries to climb up the exterior pipes of a building to enter Myolie Wu’s (胡杏兒) apartment. Kevin will also perform a striptease for Myolie in the latter episodes of the drama.

Kirby Lam Bears It All for “Ghetto Justice 2”

Earlier, 21-year-old newcomer Kirby Lam (林秀怡), best known for her role as the tomboy “Kot Fai” in the sitcom Show Me the Happy <依家有喜>, was filming a police chasing scene in a residential neighborhood for Ghetto Justice 2. In the drama, Kirby portrays an unmarried pregnant woman who sells drugs to make a living. In the scene, Kirby is chased by the police, and she is forced to climb out the window naked. Besides having her pregnant costume for some extra coverage, Kirby used duct tape to cover her private parts.

East Week reported that the perfectionist director required Kirby to do many retakes. The scene took over six hours to film, shooting from 7 PM to 2 AM. Hanging from the wall of the third floor, Kirby only had time to rest when the lighting technicians were fixing their devices. Despite the hot and humid weather, Kirby performed well and behaved amicably.

In the same scene, JJ Jia (賈曉晨) was hanging on a bamboo stick, attempting to save Kirby. The loud scene received several complaints from nearby residents, and the crew had no choice but to complete the scene earlier than scheduled.