Grace Chan Filmed Until She Vomited 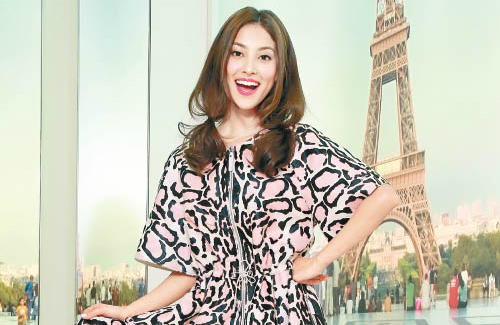 The glory of becoming a celebrity definitely has its drawbacks. TVB rookie actress Grace Chan (陳凱琳) already has a story to tell. Despite enjoying the process of acting and learning from experienced veterans, the former Miss Hong Kong once filmed for 40 hours non-stop and immediately fell ill. But with a true passion for her career, Grace expressed she would only continue to persevere.

Joining the Miss Hong Kong Pageant had always been Grace’s childhood dream. However, she never thought of adopting an acting job along the way. Initially having no knowledge of the field, she took in each opportunity and is now addicted to what she does. Grace shared, “I was the craziest while filming for Captain of Destiny <張保仔>. I filmed two scenes for 40 hours and had no sleep at all. I ended up vomiting with my head spinning. I had to go home and sleep for a few hours. It taught me my limits.”

Grace added, “That day, I was filming an outdoors scene when I felt a little dizzy. The assistant director bought me medicine, but I threw it all up as soon as I took it with water. I felt bad [for wasting his effort], so I endured it. Later, it was the director who told me I didn’t look right and had me go home for some rest.” It was then that Grace realized how important it is to take breaks in order to maintain good health.

Nowadays, Grace would sleep whenever possible. She expressed, “I still really love being an actress, and won’t be scared of it just because of what happened that day.” Grace insisted she has chosen the right career path. In her spare time, she loves to watch films and observe the techniques of other actors so that she can improve in the future.

Thanks Kevin Cheng For Being Her Mentor

While filming for Blue Veins <殭> last year, Grace was once unable to release her tears although it was required for her scene. Her costar, Kevin Cheng (鄭嘉穎), pulled her aside and patiently taught her how to immerse herself into character. Grace shared, “I could feel he is a great man. He told me to take things slowly. I felt really touched at the time, and my tears flowed out naturally. I’m really grateful for him!”

Grace and Kevin soon developed romantic feelings in real life and admitted to dating last month after being caught together several times. However, the couple insisted in retaining some privacy and refused to share much detail. Regarding her current love life, Grace only exclaimed, “We are very happy right now. Thanks for the concern!”

4 comments to Grace Chan Filmed Until She Vomited