Grace Chan Learns How To Make Soup For Kevin Cheng 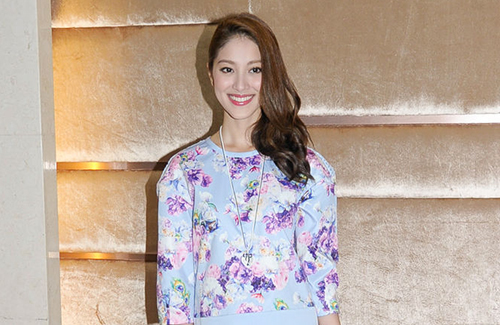 Kevin Cheng (鄭嘉穎) turned 45 years old on August 15, but as he’s busy in Hengdian World Studios to film the Chinese drama Tai Chi Master: The Door of Tai Chi <太極宗師之太極門>, he was unable to celebrate his birthday with girlfriend Grace Chan (陳凱琳).

Grace herself had expressed that she didn’t know what to give Kevin for his birthday, but at a recent event, Grace said she already bought a present for the actor and will be giving it to him when he returns to Hong Kong next month.

Asking what she did on Kevin’s birthday, Grace said, “I called him at twelve o’clock and wished him a happy birthday,” Grace responded simply. “I did buy him something, but it’s a secret. I’ll give it to him personally next month.” Grace said she will be filming her drama, Brother’s Keeper 2 <巨輪II>, until December, so she will not have much time to spend with Kevin.

Currently in a long distance relationship, does Grace miss Kevin? She admitted, “I do have work, so I get to concentrate on that. Kevin and I usually video chat.”

Grace does not find it a pity that she cannot celebrate their first birthday together since dating. “Work comes first. We will eat a meal together later to celebrate it.” Asking if she would cook for Kevin instead, Grace said, “I’m a bad cook, but I’m currently learning how to cook soup.”