Tabloids recently reported that Shirley Yeung (楊思琦) was seeking reconciliation with ex-boyfriend of 8 years, Gregory Lee (李泳豪). Shirley allegedly texted him two messages, “I love you” and “I miss you” during his birthday in May this year. Instead of mending their relationship, Shirley’s text messages reportedly left Gregory even more determined to make a clean break with her. Gregory reportedly even decisively threw away Shirley’s belongings, to cut all ties with her.

Tabloids also claimed that Shirley pretended to have a breakup with her daughter’s biological father, ex-Olympic diver, Andy Ng (吳帥), in order to seek public sympathy to revive her career. This led to speculations that Shirley was once involved in a love triangle with Gregory and Andy.

Last year, Shirley Yeung’s reputation hit rock bottom after she heartlessly dumped ex-boyfriend, Gregory Lee for another man, and then later become an unmarried mother. Shirley reportedly had quarrelled with Andy over his debt problems, but had since reconciled after she gave birth to her daughter. Under the instructions of a top executive at TVB, Shirley allegedly faked her breakup with Andy to shed her promiscuous image, while gaining public sympathy.

An insider disclosed, “There is nothing good about Andy Ng. Shirley knows that if she returns to him, her image will be unfavourable. On the other hand, a single mother’s image is pitiful, and it can help revive her career. The top executive advised her that when the negative feelings of public reduce, she can announce her reconciliation with Andy. She and Andy usually meet in China, but she is very cautious.”

After breaking up with Gregory in June 2011, Shirley allegedly sent text messages messages of “I still love you very much; still miss you very much” to Gregory. The insider disclosed that Shirley did this last year, in order to pave Gregory as her “backup” in case her relationship with Andy failed.

On Gregory’s birthday in May this year, Shirley reportedly sent two similiar text two messages, “I love you” and “I miss you.” The insider revealed that Shirley thought that Gregory was an easy man to manipulate. “I don’t know what this woman is thinking! At that time, Gregory was willing to put behind Shirley’s cheating, and begged her for reconciliation, but Shirley stood firm. She even said things like do not stop her frrom getting rich! Gregory had painfully put down the relationship, but now she still does all these things! She thought that Gregory was easy to manipulate! Gregory’s family and friends were so worried; everyone advised him to be sober and not to be soft-hearted,” said the insider.

Lee Ka Ding to Gregory: Do Not Respond to Her!

Asked about the text messages that Shirley had sent to his son, Gregory, Lee Ka Ding (李家鼎) acknowledged that there was such an occurrence. He said, “I know there is such a thing, I was so shocked. I also advised Gregory that as a man, he should be decisive. Do not respond anything to her (Shirley)! She had a daughter already; do not even think about it!”

Lee Ka Ding said that it would be better to maintain a cordial relationship and hoped that Shirley would not stir up anymore incidents. When prompted that Shirley still loved Gregory, Ding Yeh said, “That’s [expletive] unecessary!” Asked whether he was concerned they would reconcile, Ding Yeh said, “God knows！I have nothing more to say regarding her. At an earlier Olympics promotional event, I saw Shirley. Whether it was real or fake sincerity, she said hello to me. I also said ‘hi’ back. It’s fine to be cordial, but I hope she does not stir up anything else!”

Perhaps Gregory was “bitten” once last year, he may be more determined to make a clean break with Shirley after receiving her love messages. Gregory allegedly told his friends that he did not harbor any thoughts of reconciliation. He would not respond to her text messages either.

Gregory allegedly was so adamant to cut off ties with Shirley that he allegedly donated bags of her belongings to The Salvation Army, without even keeping a single thing as a memento!

When asked if she was trying to patch things back with Gregory, Shirley cried out, “There is no such thing! I have already explained all that needs to be said. I did not send any text messages to Gregory Lee and will not get back together with him!”

However, Shirley did not directly respond when she was asked if her breakup with Andy was a “smokescreen.” She only said that her objective was to work hard and raise her baby; her love life will be pushed aside for now.

Contrary to what his father had said, Gregory refused to divulge anything. Perhaps wishing to safeguard Shirley’s interest, Gregory only said, “Anyway, it’s impossible to reconcile. I have moved on.” 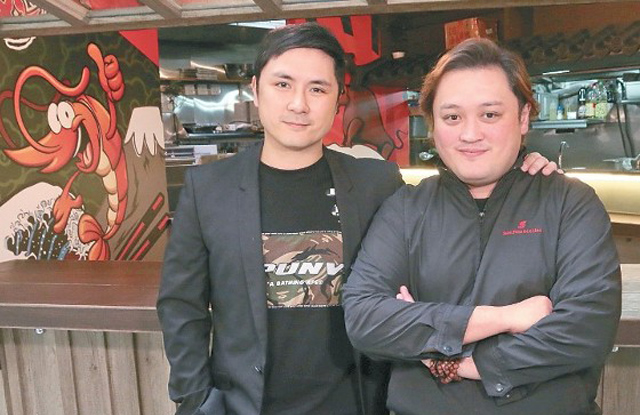 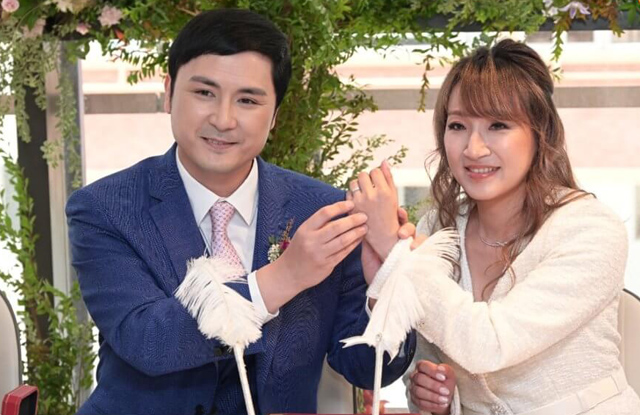