TVB has recently announced that they would be cancelling the 2020 Miss Hong Kong pageant due to COVID-19. This is the first time that the competition has ever been cancelled. The winner of the most awards in the history of the competition is Shirley Yeung (楊思琦) with six awards under her belt including the crown, Miss Photogenic, Most Popular, Best Body, Best Smile, and Best Legs.

Shirley had originally not thought too much about applying to the pageant in 2001, but ultimately did so after encouragement from her mother. “My mother told me to apply and I casually responded that if she helped me apply, then I’d go. Turns out she actually did help me apply! At that time, TVB was still situated in Clear Water Bay; she took the form and handed it to a security guard out front. If that security guard didn’t hand in my form, I wouldn’t be standing here today.”

Shortly afterwards, Shirley’s career was on a roll and she also won TVB Most Improved Actress and Best Supporting Actress. There was a period of four years when she did not take a day off and filmed drama after drama. 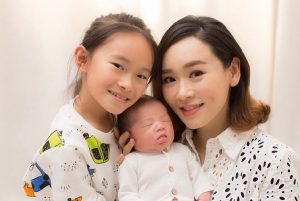 In the industry for 19 years, the first half of her career was extremely smooth sailing and then Shirley became pregnant with her daughter. Her pregnancy was shrouded with rumors and negative press as she had ended her long-term relationship with Gregory Lee (李泳豪) and shortly after began dating former Hong Kong swimmer Andy Ng (吳帥). Her relationship with Andy was short lived, and Shirley raised her daughter as a single mother.

“I don’t regret anything, there is no right or wrong in love. Maybe my love life has not been the smoothest, but I will not let myself be limited by the label of being a single mother. I can still have a great family and do the things I love. I will not let the words of others affect me. After becoming a mother, you’ll want to become Superwoman. You’ll think about how to best take care of your children, and everything else is no longer important,” the 41-year-old actress said.

Last year, Shirley released a single “Love Forest” to encourage others who have similar experiences in love. Her philosophy on love is, “Sometimes, love is waiting for you in a hidden corner. Sometimes, you may get lost in the forest, but if you have patience, you will find the exit.” Due to her patience, Shirley was able to finally meet Mr. Right.

“After giving birth to my daughter, I was busy with work. Slowly, I started to think about whether it was the right time to meet someone. With patience and the stars aligned, I naturally met my current husband.” Even though her husband is not from the entertainment industry, he supports Shirley in her work and lifestyle. “He feels that if this is what I would like to do, then he will wholeheartedly support me. He only worries about my health and whether I’ll catch a cold.”