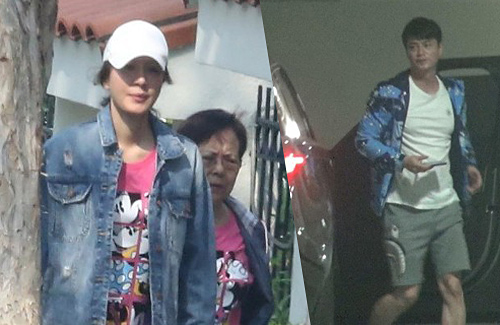 Him, Tavia, and her mother haven’t left their home in days because of chaos in the Tai Po district.

Hong Kong’s recent political unrest and protests have been making the front pages lately. Many who are living in the “hot spots”, such as Tai Po and Mongkok, have chosen to remain at home in order to avoid getting caught in the commotion. Due to the heightened political tensions, traffic has become extremely congested, making travel and outings difficult.

Tavia Yeung (楊怡) and Him Law (羅仲謙), who live in Tai Po, have not left their homes in recent days to avoid the public disorder. Local residents were affected as protesters blocked major roads and disrupted public transit after a four-day occupation of Chinese University.

Today, the couple, who has continued to live with Tavia’s mother after marriage, decided to leave the house in order to stock up on supplies and food. Although Him has fallen ill recently, he did not want Tavia and his mother-in-law to go out alone and insisted on driving and accompanying them to the store. Unfortunately, the majority of shelves at the store were empty, and the family returned home empty-handed.

Later that day, Him and his mother-in-law decided to try their luck at a different supermarket. Though Tavia did not accompany them, Him was still very sensitive and considerate towards his mother-in-law. Because it was hard to find parking, Him was responsible for staying in the car, while his mother-in-law went inside to see what she can scoop up. When Him saw his mother-in-law coming out with bags of groceries, he immediately got out and helped her with loading the goods. 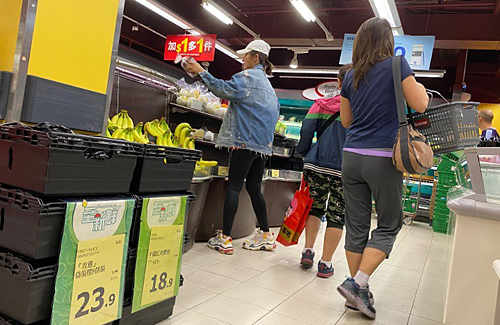