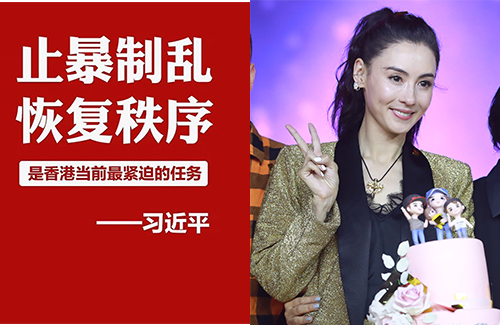 This week, the ongoing anti-ELAB protests were taken to many university campuses of Hong Kong, including the Chinese University (CUHK). Protestors, police, and students clashed violently to control the area, leading to extreme traffic disruptions across several highways.

These traffic disruptions have affected the daily lives of many Hong Kong citizens. Even Hins Cheung’s (張敬軒) upcoming concert was canceled due to safety concerns. 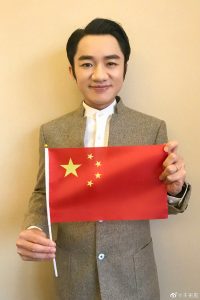 Disheartened by the violent protests, which have been ongoing since June 2019, many celebrities have made public statements wishing for peace to return to Hong Kong

Both Cecilia Cheung (張柏芝) and Wong Cho Lam (王祖藍) have reblogged a quote by China’s president, Xi Jinping (習近平). On both Instagram and Weibo, Cecilia shared a block of simplified Chinese text which read, “Stopping the storm and restoring order is Hong Kong’s most urgent task at present.” This quote was allegedly made by Xi Jinping while attending the BRICS Summit in Brazil this week.

Cecilia was praised for the post, accumulating nearly 10,000 likes within three hours after it was shared on Instagram.

Cho Lam shared the same quote on Weibo, also adding, “Hong Kong is our home. I hope everyone will protect it together.”