Currently starring in pediatric-themed medical series Kids’ Lives Matter<星空下的仁醫>, Him Law (羅子溢) is an involved father in real life. The 37-year-old believes “children are a gift, and we should enjoy the journey” even though raising children may involve more “chores.”

With daughter Hera turning 18 months old, Him and his wife Tavia Yeung (楊茜堯) are busy researching play groups. Hoping his daughter would have a happy childhood, Him does not want her to to start her academic journey yet. “I want her to play first, and then slowly develop her interests. I hope to teach her swimming, and she will be just as strong and independent as her mother.”

Him and Tavia are known to be anxious parents, as Hera is their first child. In raising their daughter, defers to Tavia as he feels that mothers are innately more attentive. The couple has not argued over schooling yet, but Him joked that they have had cold wars. “Sometimes, Tavia would ask if I’ve scheduled any events for our daughter. When I forgot, she would get upset and rush me.”

Since Tavia wrapped up web drama Modern Dynasty <家族榮耀> in China in March, she has not filmed any projects because she had missed Hera terribly. “She felt that she had missed three months of our daughter’s childhood. When Tavia returned home, Hera didn’t recognize her and called my mother-in-law ‘Mom’ instead. Tavia was really hurt by this, and we’re working on slowly fixing this.”

Perhaps since Him is always busy working, Hera is less attached to him. “In the past months, I’ve only heard her very clearly call me ‘Dad’ once. It was very sweet, because she looked right at me while saying it. I was so touched, that I didn’t want to go out anymore.”

Their moments together are always precious to Him, who observed Hera inherited his odd habits. “She’s not like a girl–she likes to scratch her ears, sniff things, and give you flirty looks. She will also be really sweet, and touch you with her head.”

When asked if he and Tavia plan on having a second child soon, Him indicated that it is not that easy. “We’re trying our best. Last time, we were deliberately trying and it didn’t work. It only works when you don’t force things to happen, so this time we’re leaving it to fate.”

The couple celebrated their fifth wedding anniversary in October. Juggling their careers and a young toddler and finding time for themselves is not easy. On how married couples get along, Tavia shared, “It’s not because you like each other’s strengths so much, but because you can tolerate each other’s shortcomings.” 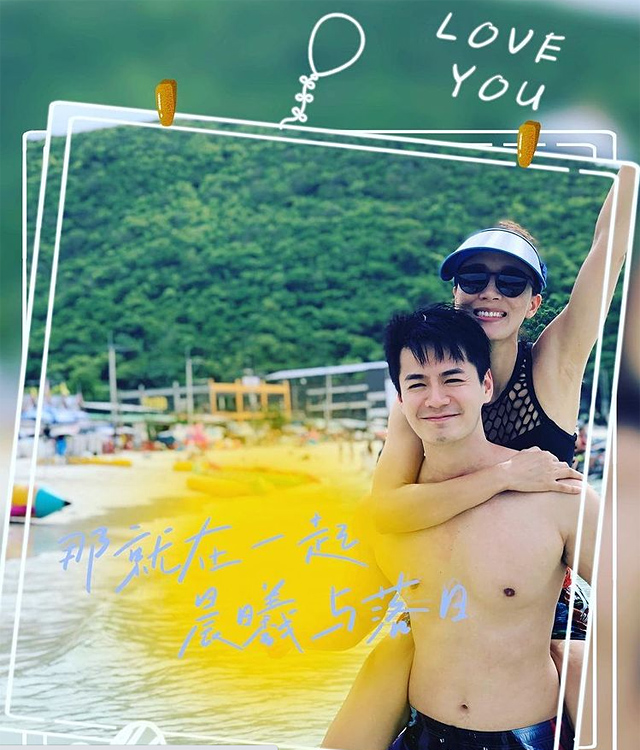