Him Law Doesn’t Want Tavia Yeung to Visit On Set 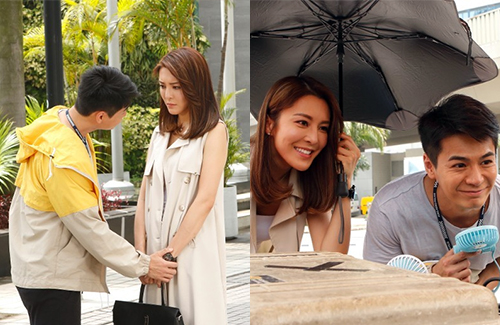 Him Law (羅仲謙) and Kelly Cheung (張曦雯) were spotted this week, filming a scene for their upcoming TVB drama Thorny Witness <木棘證人>. In the scene, Kelly gets jealous of Him’s interactions and care for Sammi Cheung (張秀文). Him reassures Kelly that he has no interest in Sammi. 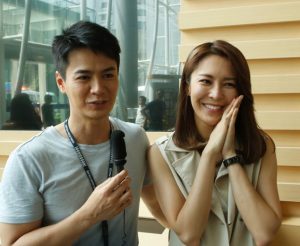 Playing a couple in the series, Him said he initially felt intimidated by Kelly due to her “cool” looks, and it was only after watching her show Fun Abroad <3日2夜> when he realized that Kelly is actually a very open-minded and positive individual with a great sense of humor.

Asking if his wife, Tavia Yeung (楊怡), would be visiting the set, he said, “I want her to stay at home! It’s so hot out today. I don’t want her to suffer, and when we are filming in a studio, it’s usually to really late at night.”

However, Him is against playing a couple with Tavia on screen. “Just let me take a break,” he said. “I rather we play opponents.”