Him Law is Returning to Film TVB Drama 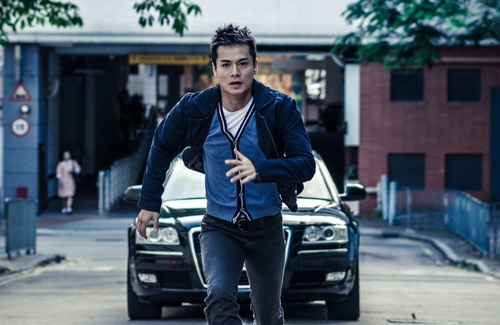 After Him Law (羅仲謙) and Tavia Yeung (楊怡) got married in 2016, Tavia took a break from acting while Him expanded his career to Mainland China. As the couple is frequently separated due to work commitments, Him is hinting that he wants to work with TVB again so he can spend more time with his wife.

After promoting his film in Shanghai, Him spoke with the media about working with TVB, “Wait for TVB to announce.  Actually, we have been in discussion and everyone is very interested. I personally want to stay in Hong Kong so I can be with my wife and also, I haven’t seen Hong Kong fans in such a long time. I hope the talk goes well, and then I can work with my brothers again. I always wanted to go back and film.”

The last time Him filmed with TVB was for the 2016 drama, Fashion War <潮流教主>. When asked if Him will be getting a raise, Him laughed but wouldn’t answer. However, Him admitted that he doesn’t mind starring in a drama with Tavia, “I haven’t worked with my wife since The Hippocratic Crush <On Call 36小時>. I hope there is an opportunity to work with fans’ favorite TV Queen.”

Him appears to be optimistic towards working with TVB, and Him may allegedly start filming with TVB in August. As Him is returning to Hong Kong in August to promote his movie, Little Q <小Q>, the timing might work out perfectly.

8 comments to Him Law is Returning to Film TVB Drama