Him Law to Shoot Romantic Film in Taiwan 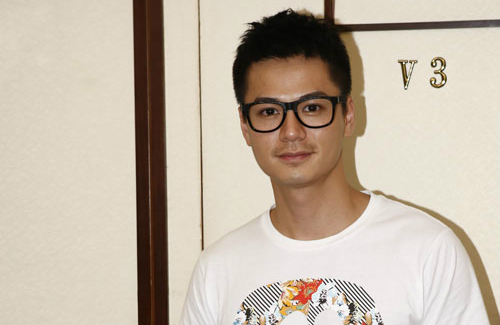 Last night, Him Law (羅仲謙), Moses Chan (陳豪), and other cast members of new TVB series Fashion War <潮流教主> attended a celebratory dinner that concluded their filming. Although Moses, the male lead, paid for most of the meal, Him revealed he would chip in a 4-digit sum. The 30-year-old actor only gets a one-week holiday in between work, as he will be shortly flying off to Taiwan for two months to shoot a Mainland Chinese romantic film.

Despite having a crammed work schedule, Him expressed he is looking forward to the new experience since he had rarely communicated with colleagues in Mandarin before. When asked if his Mandarin is up to par, Him replied, “I’ll have to be good at it no matter what. I’ve got to practice like crazy and at least be able to read the script well!”

In terms of whether Him would want to branch out further into the Mainland Chinese market, he expressed, “I’ll take it one step at a time. After all, my roots are in Hong Kong and I’ll be sure to continue filming local productions.”

Since Him has one week to spare before flying off to Taiwan, reporters asked if he has planned anything with his girlfriend Tavia Yeung (楊怡). Him replied, “We’ll do what we have to do! Haha! I’ll leave you guys with some room for imagination.”