After a long period of focusing on acting, Raymond Lam (林峯) returned to the music industry  and signed as Warner Entertainment’s leading male artiste in July. The 41-year-old remains ambitious in his music aspirations as he looks to ways to release bigger hits.

Deciding to try something new, he initially invited new singer-songwriter Terence Lam (林家謙) to tailor make his single “The Voice of Love” <唱情歌的人>. Raymond also held an online concert to help promote the song, unfortunately he failed to enter the Top Ten in all five ranking music charts. As he was filming in China, Raymond’s lack of in-person promotions at radio and television stations partially affected the popularity of his songs.

As his new music was only met with a lukewarm reception, Raymond turned to frequent collaborator Tang Chi Wai (鄧志偉) in hopes of making a bigger impact. Raymond teased that he plans on releasing the sequel to his popular song “Kindergarten” <幼稚園> with the music producer’s assistance.

Sharing a photo of himself, his wife Carina Zhang (張馨月), Tang Chi Wai, and friends on social media, Raymond commented, “Nine years has passed, but we are still as immature. I’ve reunited with my brother, and you have something to look forward to! The song’s title has not been set–I hope my talented fans will be able to give suggestions!” 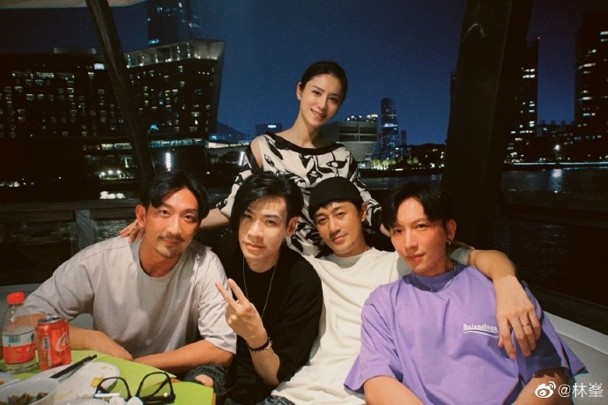