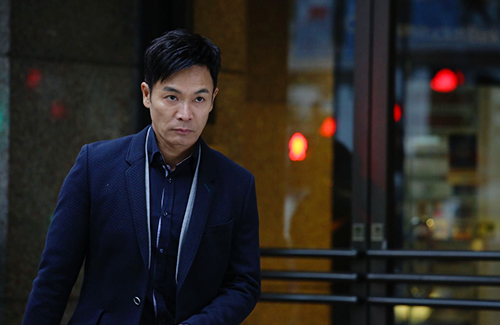 Produced by Lam Chi-wah (林志華), Dead Wrong stars Roger Kwok as Vincent, a man who was abducted and imprisoned in an abandoned cell for ten years. After he escapes and is found, he returns to Hong Kong, where he discovers that his abduction ten years ago was the result of an elaborate scheme against him.

To reflect his character’s bitter experiences, Roger dropped over 30 pounds. He used three months time to get into the ideal shape of his character—which is to be underweight and extremely gaunt.

But the weight loss actually wasn’t as difficult as Roger had thought. He said, “During your weight loss, it’s very important to exercise. Do not eat any carbohydrates during dinner, and completely cut out rice. Only eat vegetables and meat. Eat a lot of vegetables. Eat beef, fish, and pork sparingly. Maybe eat a handful of meat every day, and eat two bowls of vegetables with it. Don’t eat after 7 pm.”

Roger’s wife Cindy Au (歐倩怡), who had studied nutrition, helped Roger manage his weight loss regiment. “She’s the one who helped me prepare my meals.”