By shirley on October 7, 2015 in Celebrity Weddings, NEWS 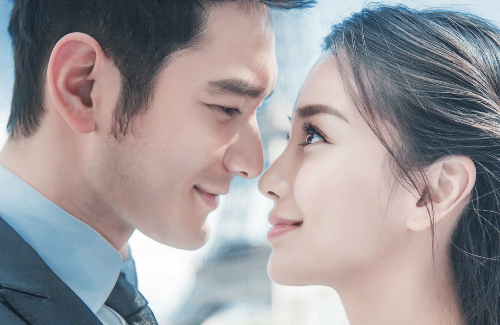 Huang Xiaoming (黃曉明) and Angelababy’s (楊穎) upcoming wedding ceremony is currently garnering huge media interest. The important event is to take place in Shanghai, China, on October 8, 2015. According to tabloids, Xiaoming and Angelababy have invited over 2000 guests to witness their magical moment.

Among the guests will be popular stars such as Fan Bingbing (范冰冰), Vicky Zhao (趙薇), and Li Bingbing (李冰冰), who have all adjusted their work schedules for the special occasion. Renowned pianist Yundi Li (李雲迪) is reportedly invited to the wedding as Xiaoming’s groomsmen. Despite being extremely busy with an upcoming concert in Warsaw, Poland, Yundi is willing to endure several flight hours in order to attend the wedding of his close friend.

Li Bingbing shared that this will be her first time attending the wedding of a celebrity friend, and she will also be Angelababy’s bridesmaid. In fact, she will take on the important job of setting up a difficult challenge for Xiaoming to complete when he arrives to pick up his bride on the day of the wedding, which is a part of Chinese tradition.

According to tabloid reports, Xiaoming hopes to hold a fairytale-themed wedding with Angelababy, allowing her to wed like a princess. Earlier, it was revealed that he gave her a 6-carat diamond engagement ring and has also ordered jewelry from a prestigious French brand. The brand was founded in 1780 and has once designed luxurious pieces for a queen of France.