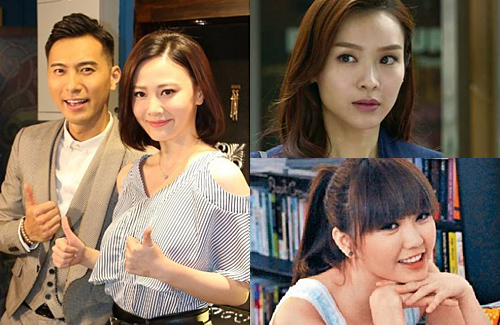 Many are speculating that TVB actor Hugo Wong‘s (黃子恆) career may be over after he admitted to sleeping with his fan.  His suggestive text requests to singer, TikChi (迪子) also hint at a promiscuous lifestyle which have disappointed TVB management, who allegedly will not be giving him new work. Many wondered why Hugo wasn’t more discrete in his love life, and instead risked his acting career which took 19 years to build up to his current status. The truth is, Hugo has always been attracted to a wide variety of women and aggressively pursued his targets.

At the age of 17, Hugo entered TVB’s acting class and played many minor roles before receiving increasing screen time four years ago. Despite his meager salary for many years, he lives in a luxurious apartment and dresses in stylish clothes. His mother is a successful feng shui master and owns several properties, thus Hugo didn’t have to worry about providing for his family. 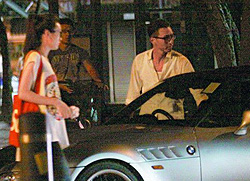 Working at TVB, Hugo was partnered with many beautiful actresses who evidently attracted his interest. In 2014, he set his sights on Ali Lee while filming Walk The Walk, Talk The Talk <Sunday扮嘢王>. The pair were photographed having a candlelit dinner in Sai Kung, and tabloids claimed that they dated for six months before Ali was unable to withstand Hugo’s flirtatious ways. But Ali denied the relationship, claiming she only went out with Hugo because he had a lot of acting experience to share.

In 2015, after filming My Spiritual Ex-Lover <倩女喜相逢> and Angel in the Making <實習天使>, Hugo and Jinny Ng (吳若希) in grew close. Jinny was even spotted picking up Hugo after work and driving to 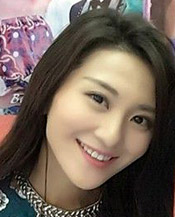 the Stanley district for dinner. Hugo praised that Jinny was a wonderful person and didn’t deny they would have opportunity to advance further, but Jinny replied, “Just had dinner with a friend, nothing special. We’ve known each other for many years and he’s like a big brother.”

In 2016, Hugo had an affair with married woman, Hiromi Wada (裕美). She was photographed airing her bra in Hugo’s balcony at home. Afterward, Hugo claimed he didn’t know Hiromi was not officially divorced yet when they got involved. Although they eventually split after six months, Hugo almost risked his career due to the bad press he received from the affair. 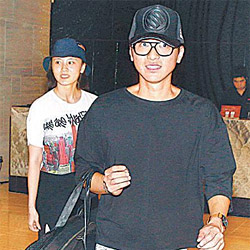 That same year, Hugo fell for co-star Rebecca Zhu (朱晨麗) after filming Recipes to Live By <味想天開>. During filming, Hugo and Rebecca grew very close and would play badminton together. The were even photographed having a three-hour dinner together at a hotel. Many were surprised that Hugo was bold enough to pursue Rebecca, whose admirers include TVB Chairman Charles Chan (陳國強). At the time, Hugo seemed disappointed that his date with Rebecca was interrupted by the paparazzi.

While filming OMG, Your Honour <是咁的，法官閣下>, Hugo got along very well with Louisa Mak (麥明詩). Aside from portraying an onscreen couple, they also had good chemistry together off screen as well.

8 comments to Hugo Wong Attracted to Wide Variety of Women