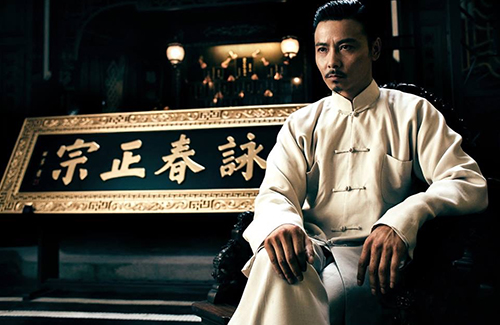 On Saturday, supporting actors Max Zhang (張晉) and Patrick Tam (譚耀文) made an appearance at a movie theater with Raymond Wong to thank the moviegoers for their support. Both Max and Patrick are thrilled to hear the movie being a success, but a box office bonus seems to be out of the question for them.

“You need to be careful when dealing with bonuses,” said Max. “We never really talked about them when we first started doing the film, but I will definitely ask for a red envelope.” Will Max make sure to discuss about box office bonuses in his contract when he films another movie for Pegasus Motion Pictures? “[Raymond Wong] takes care of all of his actors. Hopefully I’ll have the fate to work with him again.”

Max said he learned a lot from the film, and is very happy to be able to work with Donnie Yen. “Unfortunately, I did not get the chance to fight Mike Tyson,” the actor added. “His fists are two times larger. Even his head is two times larger. But his fights are indeed very powerful, and it livened up the film.”

Ip Man 3 will be opening to a limited released in the United States on January 22, 2016 and a wide release in Mainland China on March 1, 2016. Due to the lack of competitors that month, Ip Man 3 is expected to achieve favorable results when it releases in China.