Is Mat Yeung Planning for Marriage? 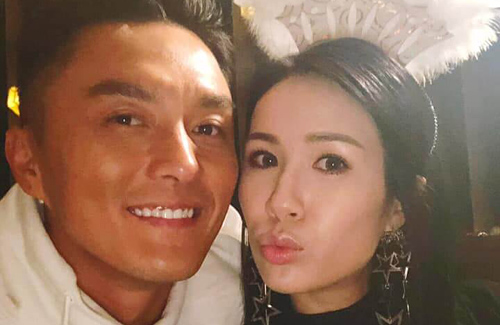 Mat Yeung (楊明) has been busy in recent years. Along with his appearance in the drama, The Defected <鐵探>, the 38-year-old actor also started his own business. With a career that is gaining ground, marriage might be the horizon.

Appearance in “The Defected”

In The Defected, Mat’s scenes with Kara Wai (惠英紅) is memorable for their onscreen son and mother relationship. In one scene, Kara emotionally slapped Mat amid a heated argument. Mat said, “We actually did not rehearse a lot for that scene because we don’t want to lose the spark from filming it the first time. I remember there was a scene where we had a heated confrontation. While the script said she would slap me out of anger, Kara suggested forgoing the slap and that yelling is enough. However, while shooting, she suddenly slapped me. She told me that she had planned it all along and didn’t want me to be prepared to get a natural filming. It was my first time using this tactic before and I admire her for her ability to film her own scenes, while helping others out too.” 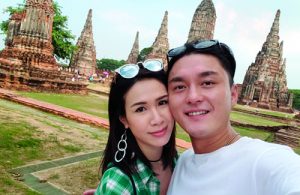 Mat and Lisa Ch’ng (莊思明) have been dating for three years after meeting the on the set of Come Home Love <愛．回家>. When probed about their marriage plans, Mat could only respond, “When we just started dating for a little more than a year, friends has already been asking when we are getting married. It was just the beginning of our relationship and we still had to build the foundation of our careers and relationship to support a family. In recent years, I have been busy working and it is difficult to have time to plan for life events. Since the beginning, we have been working towards this direction [of getting married], but we don’t have an answer yet.”

Although the wedding date hasn’t been decided yet, Mat plans to surprise his girlfriend and said, “I am getting older and my friends are all getting married. I have been a groomsman many times as well and l am learning from them each time. I hope I can give a surprise proposal.”

Because the income for actors is not always stable, Mat has also started a business with his friends. Speaking with pride of this business, Mat shared, “I had the opportunity to try my friend’s home stewed soup. After chatting some more, we decided to open our store. One year ago, we pooled funds in the range of seven digits and opened our first store. Luckily, we were able to recoup the amount within three months and now have extra money each month. Last November, we decided to open another location. Our goal for 2019 is to open more locations.”

With a successful business, Mat however admitted that it is a lot of work and would personally help out, “The business has been more successful than I expected. Originally, it was a small localized store, but it has now grown to a company. Opening a store is like giving birth to a baby and watching it grow. I don’t want to miss a single thing and would want to participate and learn. Although my knowledge of the kitchen is lacking, at least I can learn about what goes on in the dining room. I can see the customer’s reaction and enhance my vegetarian menu.”

4 comments to Is Mat Yeung Planning for Marriage?