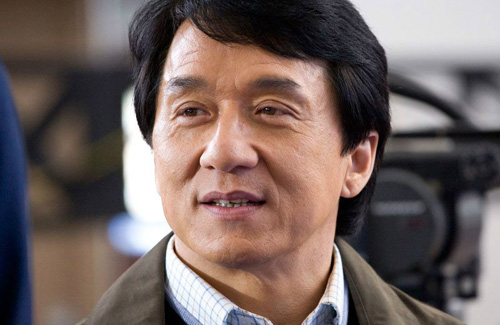 After the drug use scandal went public earlier this week, news sites erupted with reports about Jaycee and Kai’s history of drugs. Kai, who admitted to having been a regular marijuana user for the past two years, later broke down in tears in an apologetic video. Jaycee, who has been using the drug for eight years, had yet to reply, and neither father Jackie Chan nor mother Joan Lin (林鳳嬌) were available for comment.

At 7 p.m. on August 20, Jackie finally published two posts on his Sina Weibo, apologizing for his son’s actions and expressing anger and shock about the situation. Though he admonished Jaycee for his wrongdoing, Jackie also asserted that he would continue to stand by his son’s side. His entire message is as follows:

“First, thank you for the concern of all of my friends. I am extremely angry and shocked that such a thing would happen with my son Jaycee Chan! As a public figure, I am very ashamed, and as a father, I am very distressed. His mother especially is heartbroken. I hope teenagers will learn a lesson from Jaycee and stay far away from the violation of drugs.

“Here, I also say to Jaycee: When you do something wrong, you have to face the consequences. As your father, I am willing to face the future with you.

“Lastly, I also have to bear responsibility for being unable to educate my son, so on Jaycee’s behalf, I deeply bow and apologize to society and to the public. Thank you, everyone!”

Since Jackie is a well-known public figure and an anti-drug ambassador, his shame over the news is understandable. Many netizens left consoling messages on Jackie’s Weibo, commenting that Jaycee is already an adult and should face the consequences of his actions himself, rather than letting his father suffer in his place.