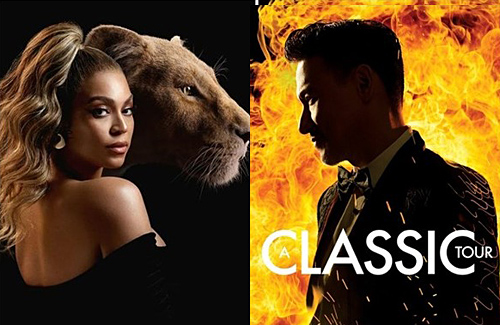 Both superstars in their own right, the two singers will lend their voices for the Disney classic hit.

Disney’s The Lion King <獅子王> premiered in Chinese cinemas on July 13. Beyoncé, who is also the voice of Nala in the film, along with Jacky Cheung (張學友), perform a historic duet for the movie soundtrack “Can You Feel the Love Tonight”. Excited fans have called it the “collaboration of the century”.

Beyoncé and Donald Glover are the singers of the official American version of the song, which has already been released.

In China, the animated film had premiered to good response since Friday with box office takings of up to $270 million HKD in two days, and will likely break the record set by Beauty and the Beast in 2017.