Jacky Cheung Urges Others to Not Rely on Luck; Must Work Hard to Pursue Dreams 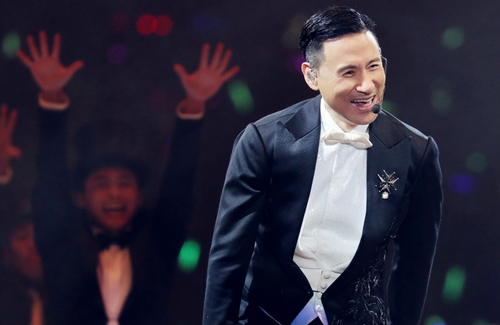 Jacky Cheung (張學友) is one of the most well-rounded and likable artistes in Hong Kong. Few artistes have achieved the level of success in their entertainment careers as Jacky, while also staying grounded and continuing to lead a steady family life. Deemed as the “God of Songs” and one of the “Four Heavenly Kings”, Jacky has had a successful singing career. Even though he is widely known for his vocal range and singing, the 57-year-old has also acted in many films and boasts an extensive filmography as well.

Jacky also maintains a stable family life with May Lo (羅美薇), whom he married in 1996. The couple has two daughters.

In addition to his career and family, Jacky is also known for his warm demeanor and loyalty to friends and fans. After Anita Mui’s (梅艳芳) passing, her family revealed that Jacky had secretly paid for the hospital bill costs for his good friend. Furthermore, he shows his appreciation for fans by always attempting to keep his concert ticket costs low. Although 57 years old, Jacky has no intentions of stopping. His upcoming concert tour, A Classic Tour <A Classic Tour學友．經典世界巡迴演唱會>, consists of 15 shows and will begin this month.

In a previous interview, Jacky candidly advised fans to pursue their aspirations, but to also manage financial necessities first. Though it is important to have hopes and dreams, it is important not to neglect and give up everything to chase after one’s dreams.

This advice perhaps stems from Jacky’s own modest upbringing. Although Jacky did not receive any formal training, he joined the 1984 singing contest and won first place among more than 10,000 contenders. Afterwards, he was signed by Polygram Records, now Universal Music Group, and released his first CD. Though officially a “singer” at the time, Jacky did not let the premature sensation of success get to his head and stayed grounded, choosing to continue working at his job as a reservation officer at Cathay Pacific.

His career, however, was not completely smooth-sailing. In 1987, Jacky’s popularity declined and he turned to alcohol. His excessive drinking caused a setback in his career, but he successfully rebounded with a series of hit songs, including popular love song, “Loving You More Every Day” <每天愛你多一些>. Jacky attributed this turn of events as luck. However, he encouraged others to not depend on luck. Rather, it is through hard work and knowledge can one finish the race.

“In life, the most important thing is to make the right choice. Each thing that you do is a choice,” the superstar said.

6 comments to Jacky Cheung Urges Others to Not Rely on Luck; Must Work Hard to Pursue Dreams