Premiering on December 28, The Offliners <堅離地愛堅離地> was filmed three years ago but was shelved due to Jacqueline Wong’s (黃心穎) cheating scandal and tanking public image. This year, TVB decided to end its contract, with Jacqueline and the drama was finally released.

Centering around the IT industry, the story follows Faye Wong (Katy Kung 龔嘉欣), a rich second generation who is the co-founder of technology company iTogether. Despite an early misunderstanding with Ding Shun Hei (Owen Cheung 張振朗), who works as a software engineer at her start-up company, she later develops feelings for him after ending her relationship with her boyfriend and co-founder of iTogether, Marcus Hui (Jason Chan 陳智燊).

Aside from The Offliners being Jason’s last drama as he had already left TVB in 2018, this is also Jacqueline Wong’s last drama since she has not worked since the scandal. It is said that TVB had suffered significant losses in revenue due to the pandemic, so they decided to officially end Jacqueline’s contract. In the drama, she portrays a makeup artist’s assistant who later becomes an influencer in the drama. 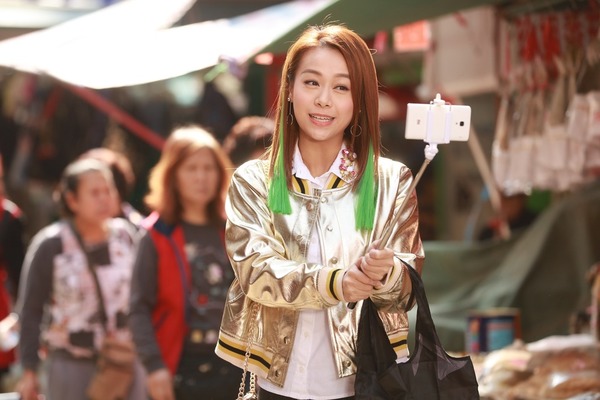 As The Offliners was Katy and Owen’s first leading roles, they are very excited to see the drama released. Already impressing in Hong Kong Love Stories <香港愛情故事>, The Dripping Sauce <大醬園>, and Death by Zero <殺手>, Katy will give viewers a fresh look as CEO of a technology start-up in The Offliners.

During his acceptance speech at the 2019 TVB Anniversary Awards where he won Most Improved Male Artiste, Owen had expressed his desire for The Offliners to be aired. Seeing his wish finally come true and his theme song for the drama uploaded to music streaming sites, he wanted to cry. It has definitely been a fruitful year for Owen, as this is his fifth drama this year after Airport Strikers<機場特警>, Al Cappuccino <反黑路人甲>, Line Walker 3: Bull Fight<使徒行者3> and Legal Mavericks 2<踩過界II>. His performances have been very eye-catching, and he is even nominated for Best Actor this year.

With many laugh-out-loud interactions in The Offliners between Owen and his otaku coworkers played by Anthony Ho (何遠東), Aaryn Cheung (張明偉) and Kevin Tong (唐嘉麟), Milkson Fong (方紹聰) described their characters as not your traditional otakus, “We were very crazy during filming–I want to especially thank Owen. This is his first time as the lead, but he always told us to not worry about stealing his spotlight and encouraged us to fully develop our characters. He is a really nice person.” With the filming and editing crew found their scenes to be very humorous, the actor believes that the audience will not be disappointed.