Jerry Yan and Chiling Lin May Get Back Together? 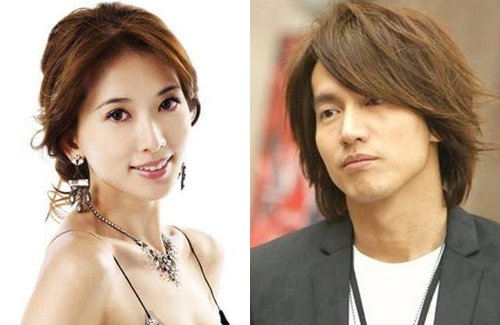 Although Jerry Yan (言承旭) and Chiling Lin (林志玲) never officially acknowledged their romance, they had reportedly dated for 13 years. They split sometime between 2009 to 2010. Many often hoped that the golden couple would get back together. In a significant departure from their previous positions, both Jerry and Chiling have recently expressed that they are open to the possibility of a reconciliation.

Chiling’s love life has always been in the spotlight. Last year, while attending the wedding of Iven Hong (洪伟明), CEO of Catwalk Models, Chiling received a bouquet from a mysterious man. At the wedding between Angelababy and Huang Xiaoming (黄晓明), Chiling once again received a mysterious bouquet. However, Chiling has not confirmed any specific suitor in her life thus far.

What set the stage for a possible reconciliation between Chiling and Jerry took place at the Golden Horse Film Awards this year, when Chiling took part in a sketch and acted as “Truly Lin” (林真心), a character in the film, Our Times <我的少女時代>, that was teenage sweethearts with Jerry’s character. Chiling did not shy away from sharing the stage with Jerry, but also liked a netizen’s comments on the whole episode, “Love each other one more time!” Later, Chiling explained that she “accidentally” clicked on it. She added that she has always been in contact with Jerry.

When subsequently asked if she had a man in her life, Chiling said, “I don’t have any suitors right now. I don’t have the time to meet men. If I met someone suitable at this moment, I will take the initiative to confess. I was once anxious about this but now feel that I have to look for someone who is suitable.”

On whether she would reconcile with Jerry, Chiling thought for a moment before speaking soberly, “Reconciliation? You have to ask him. Hasn’t he already found someone? I don’t know. You have to ask him.” This was the first time Chiling had expressed such an accepting posture towards the possibility of getting back together with Jerry.

In contrast, on the earlier rumors that Chiling had reconciled with businessman Qiu Shi Kai (邱士楷), Chiling firmly denied that the rumors.

Earlier, Jerry was photographed with Taiwanese model, Seanna Chang (张熙恩) on holidays in Japan and the United States. He even responded through his management that she is a “very very important friend”. Nevertheless, Jerry’s management was careful to emphasize that Jerry was still single.

In response to all the rumors surrounding him, Jerry expressed via his management, “Thank you for all your concern. I look forward to sharing that joyful piece of news with everyone!” On whether Jerry was referring to Chiling or Seanna, Jerry’s manager hinted that it was possibly Chiling.

Reporters tried to reach Seanna’s modelling agency for comment. Its representative expressed that Seanna was not in Taiwan at the moment, and that they refrained from commenting on the personal lives of their models.

The Romantic History Between Jerry and Chiling

In 2002, Jerry and Chiling were photographed on a movie date. There were subsequent rumors that the two were cohabiting.

In 2005, a photograph of the couple wearing bathrobes was leaked due to Chiling’s mobile phone being sent for repairs. Later that year, Chiling suffered a serious injury as a result of falling from a horse, and Jerry was spotted flying to the hospital to visit her, disregarding all the media publicity. At the same time, Qiu Shi Kai appeared as Jerry’s love rival.

In 2006, it was rumored that Chiling and Jerry had broken up. At the Asia Pacific Film Festival, however, when both Chiling and Jerry were on the same stage, they appeared to continue to share a close relationship – with Chiling offering Jerry her hand, and Jerry giving her a coy smile.

In 2009, Jerry’s good friend, Hou Wen Yong (侯文咏) revealed that Jerry had written a love letter to express remorse but would never be posting this letter. He said that the woman whom is meant to receive this letter was once hospitalized at the National Taiwan University Hospital. Chiling, who had stayed at the hospital to receive treatment for her horse riding injuries, matches the description.

In 2010, Jerry wrote in his autobiography, “I let her go because I love her too much.” Meanwhile, Chiling teared during an interview when talking about her romantic history. It was evident that Jerry and Chiling’s feelings for each other have not faded.

Jerry and Chiling certainly have a long and arduous romantic history. Whether or not the fated couple will finally have their happy ending remains to be seen.

2 comments to Jerry Yan and Chiling Lin May Get Back Together?