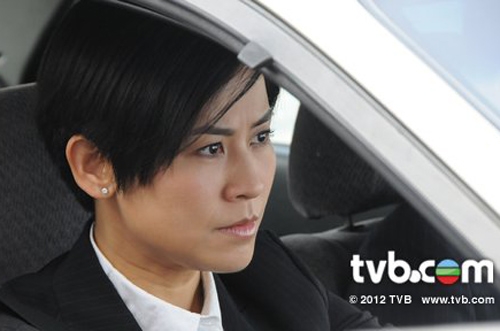 As more and more TVB artists leave the company to sign with CTI for its higher wages, it seemed imminent that former TVB actress, Jessica Hsuan (宣萱), would be prompted to do the same. However, Jessica confirmed in an earlier interview with Metro Radio that she ultimately decided to turn down CTI.

Since ending her contract with TVB last year, Jessica has focused on her career in mainland China. She admitted that she has been in touch with CTI since last year, but the two parties have not come to a mutual agreement. In her interview with Metro Radio, Jessica announced that she decided to turn down CTI’s film offer.

Jessica explained, “CTI wanted me to do a travelogue program about volcanoes in Vanuatu. It sounded really exciting, but Ekin Cheng (鄭伊健) already did something similar. I wonder how much insurance I would have to buy? If I were 20 years younger, I’d totally go for it. But now, I don’t want to take such risks, so I turned down their offer. I hope they’ll find a suitable person to do it soon.”

A Sequel for “Tiger Cubs”?

In related news, Jessica’s last drama with TVB, Tiger Cubs <飛虎>, continue to be the ratings king of the weekend timeslot. The action-packed drama raked in 26 points on Saturday and 30 points on Sunday, averaging 1.85 million viewers per episode. The drama successfully defeated ATV’s Sunday night talk show, The Policy Debate <政策大辯論>, which brought in zero points. Regarding the success of Tiger Cubs, Jessica replied, “At first, I was a bit worried (about the ratings), but I’m really satisfied now!”

Jessica also disclosed that TVB approached her about a sequel for Tiger Cubs, but a script and a filming schedule have not been finalized yet.