Ruby Lin (林心如) has always been hailed as a goddess. When she married Wallace Huo (霍建華), many netizens were upset on behalf of Alec Su (蘇有朋) as the two are known to be best friends and had promised each other that if they were both single by 40, they would get marry each other. Three years have since passed and Ruby’s daughter is already two years old! Slowly easing back into work again, Ruby’s first love Jimmy Lin (林志穎) finally revealed the reason why they broke up almost 20 years after their split! 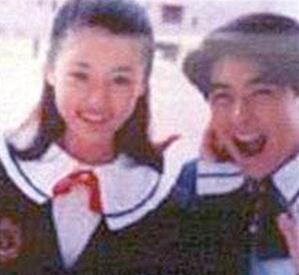 At the time, Ruby was 19 and Jimmy was 21. They had met on the set of their movie School Days <校園敢死隊> and started dating shortly after. Ruby’s career continued to soar and their relationship was put to the test when Jimmy had to complete his mandatory army service in Taiwan. Afterwards, Jimmy decided to break up with Ruby and the reason was never revealed.

Recently, Jimmy disclosed that everything was wonderful about Ruby, and many men were attracted to her! Netizens pointed out that Jimmy is very possessive and could not stand the rumors between Ruby and Alec. Since Jimmy was so young back then, he made the rash decision to break up.

In contrast, Ruby’s husband Wallace Huo has a different mindset. Wallace has always respected Ruby and disclosed that he has loved her silently for 10 years.

Ruby Lin and Jimmy Lin Broke Up Because of Alec Su

Wallace Huo Had Crush on Ruby Lin for 10 Years