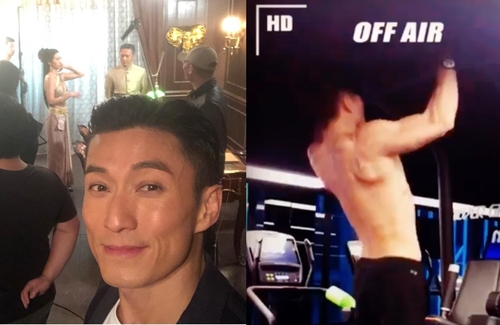 Fitness aficionado and actor Joel Chan (陳山聰) has been diligently training his body for upcoming TVB drama Chinatown <唐人街>, collaborating with producer Jazz Boon (文偉鴻) once again. Starring alongside Elaine Yiu (姚子羚), Grace Wong (王君馨) , Ruco Chan (陳展鵬), and Philip Ng (伍允龍), Joel’s character is someone who can fight really well. Thus, he’s been using his free time to keep fit. Not only has he been stepping up his fitness routine, but he recently followed Joe Ma‘s (馬德鐘) lead and went vegetarian to achieve the best condition for his body, as the series will require him to go shirtless in a few scenes.

Earlier, 42-year-old Joel shared his progress on social media by uploading a fitness clip on Instagram and captioned it, “Training to protect Chinatown, will continue to work hard!”

In the video, he was seen doing more than a dozen pull ups while grunting and his body was very muscular. The next week, he uploaded another fitness video and wrote, “Last week, I posted a pull-up video and there was someone who said I was cheating and used the coach’s help. Today I will show them what a pull up is.”

Annoyed that some people accused him of faking his pull ups in the previous video, Joel’s new video once again showed his strength. Fans supported the actor and praised him with comments like “explosive” and “cool! Don’t need to care about what other people say, just work out for yourself.” 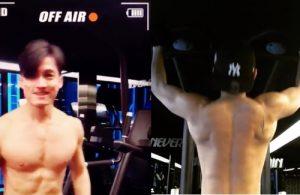 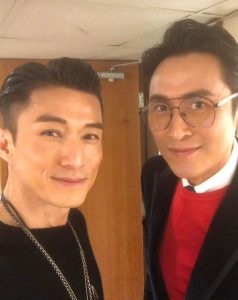 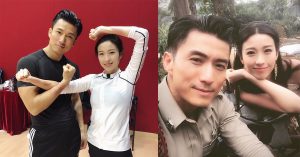